Jan 9, 2015
Tim Murdock is the host of White Rabbit Radio and the voice of Horus the Avenger. He has also produced the popular animations “How The Whites Took Over America,” “Anti-Racist Hitler,” and “Johnny Racist.” Tim has been a guest on Radio 3Fourteen and now joins us at Red Ice Radio to discuss some of the most popular themes and memes currently circulating and gaining momentum in the mainstream. Tim begins by laying out the War of Deception that has been waged by the Elites and explains how memes are used to shape the perceptions of the masses. He talks about the speed and frequency these ideas are being introduced into society and speculates on the possibilities of the larger scenario involving the New World Order. We look at the Ancient Alien and Out of Egypt memes that have saturated network television and the expensive mockumentary productions that are being used to test the boundaries of intelligent viewers. Then, Tim describes the keystone agenda of White Genocide, one of the largest PSYOP schemes to ever take hold of humanity at such an alarming rate, and the rising popularity of the idea that Whites are not indigenous to Earth. Further, we examine the issues of new human rights laws designed to protect everyone except Whites, mass immigration, and the forced blending of Whites. In hour two we assess the changing landscape of Europe due to forced multiculturalism, the dramatic moves being made by the Neocon set, and the phasing out of Zionism. Tim explains the tactics the Elites are using to regain the respect of the Managerial Class. Later, Tim brings light to the huge con of Diversity and illustrates how Whites are waking up to this crazy scenario. We end by looking at the big problems being faced by Western Media and the White Rabbit’s goal of amplifying, bringing awareness to, and combating this psychological warfare. 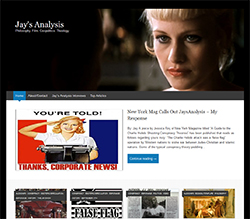