Solving 9-11, The Deception that Changed the World

Feb 12, 2014
Christopher Bollyn is an American investigative journalist now living in Sweden who has researched and written extensively about the events of September 11, 2001. He has spoken at 9-11 truth events across Europe and the United States. He recently flew to London to appear on a program with Ken O'Keefe about who is behind the 9-11 terrorism but was detained at Heathrow airport and forcibly returned to Sweden on the following day. Bollyn has researched different aspects of the 9-11 attacks and uncovered facts and evidence that challenge the official version of events. Christopher has put focus on Israel’s involvement in 9-11, the intelligence agency the Mossad and political Zionism. In this program, he discusses his latest book “Solving 9-11 - The Deception that Changed the World.” He explains the deception of the false-flag terrorist attack on September 11, 2001 and what it means for world peace. He says that 9-11 is not only the tip of the criminal iceberg; it is also their Achilles’ heel. He also says that our history and destiny has been hijacked by the real criminal terrorists behind 9-11, and they don't come from Afghanistan. In the second hour, we put the events of 9-11 in context on the geopolitical chessboard. We’ll discuss media censorship and control in America, Sweden and around the world. Later, we discuss Putin, western propaganda against Russia and the oligarchs that have been trying to take control of the Russian satellite states. At the end, we talk about revolutions, military intervention and how the Middle East conflict is continuing to bring perpetual warfare and conflicts around the globe.

Solving 9-11: The Deception That Changed the World

The Untouchables OST - The Strength of the Righteous 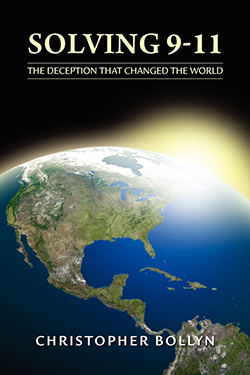