Andrew Anglin is the founder of Daily Stormer and has written countless articles on race realism, nationalism, Jewish influence, and social degeneracy.

We begin by discussing the recent terrorist attack at Ohio State University. Since Andrew hails from Ohio, he’s able to offer us a firsthand perspective on the – and growing – Somali community in his home state. We learn that the Somalian refugees are overwhelmingly unemployed; many, though, are involved in illegal activities, such as heroin trafficking. Unlike other immigrant groups, such as Mexicans or Indians, Somalians aren’t brought in by the elite as a cheap labor force. In light of this, we ponder why our ruling class is intent on importing large numbers of people who are, biologically and culturally, very different from us. This leads to a discussion on the issue of Muslim rape gangs in Europe, and how decades of Jewish control of newspapers have pushed a narrative that have convinced White people that it is moral to commit racial and cultural suicide.

The members’ hour begins with a consideration of Jill Stein’s recent push for a vote recount in Michigan. We laugh at the absurdity of the situation, and Andrew reminds us that the recount will ultimately prove meaningless. Switching gears, we discuss the fact that some people still believe Trump is a Jewish puppet; Andrew half-jokingly suggests that the notion of Trump being part of a Jewish conspiracy is itself a conspiracy benefiting Jewish interests. While on the subject, we take a critical look at Trump’s relationship to the Jewish community. Andrew stresses the fact that, regardless of how much praise Trump lavishes on Israel, his policies stand in opposition to the globalist machinations of worldwide ZOG. The members’ hour also includes Andrew’s thoughts on the recent NPI controversy. 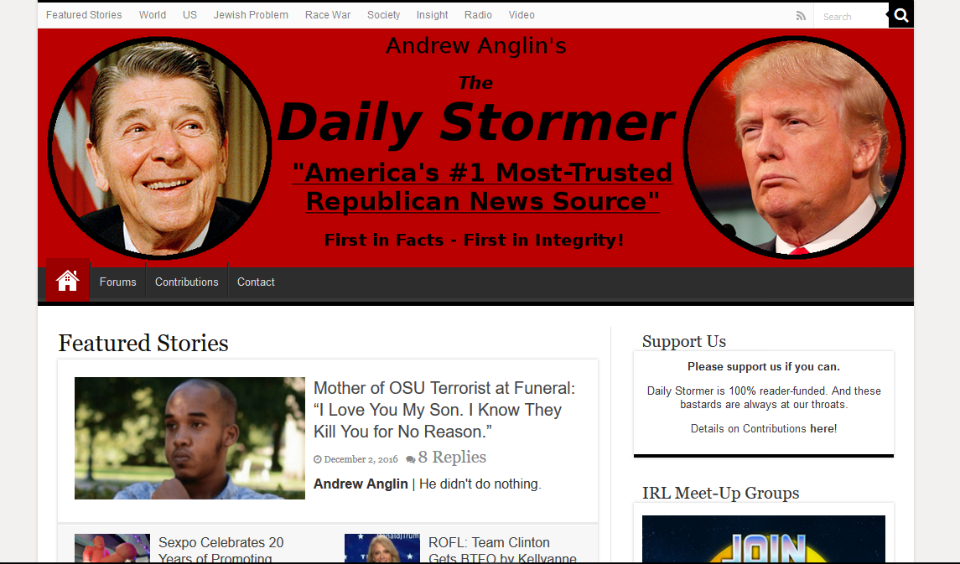