Tobias Lindberg is the creator of Informationskriget.se, a site dedicated to exposing globalism, corruption, and the dangers of multiculturalism. Bechir Rabani is a Syrian non-refugee living in Sweden, who opposes mass immigration and the anti-White agenda.

After a few necessary introductions, we dive into the subject of today’s show: Sweden. We begin with a reflection on the enormous changes this once-idyllic country has experienced. Bechir remarks that, although third world immigration to Sweden has been ongoing for decades, it has drastically increased within the past few years. He also reminds us that most of these supposed “refugees” are not, as the media would have us believe, Syrian, but instead men – not children – from other Middle Eastern countries. We then discuss the rape epidemic in Sweden, with Tobias pointing out that gang rape – a practice not uncommon in contemporary Sweden – was practically unheard of prior to the third world invasion. Moreover, it is virtually only non-Whites who engage in this disgusting, animalistic crime. The first hour also touches on the dynamics of assimilation, the victim mentality, and the need for the more reasonable immigrants in Sweden to speak out against Cultural Marxism.

The members’ hour begins with a consideration of the Swedish Democrats. Despite being preferable to other Swedish political parties, the Swedish Democrats are notorious for purging members who stray too far from the politically correct. Further disappointing is the fact that the Swedish Democrats focus on Islam, while consistently failing to condemn Jewish influence or Zionism. We then discuss the pathological altruism in Sweden, with Bechir noting that Swedes have become too nice to see the threat posed by non-White immigrants. Switching gears, we mull over our options: revolution or war, as most Swedes are likely to pretend everything is fine until the situation can no longer be ignored. On the subject of leadership, Bechir remains somewhat dubious, as he thinks most leaders can be bought, bribed, or intimidated; Henrik, on the other hand, remains hopeful for the appearance of a virtuous leader. The members’ hour concludes with a discussion on the importance unity and retaining the moral high ground. 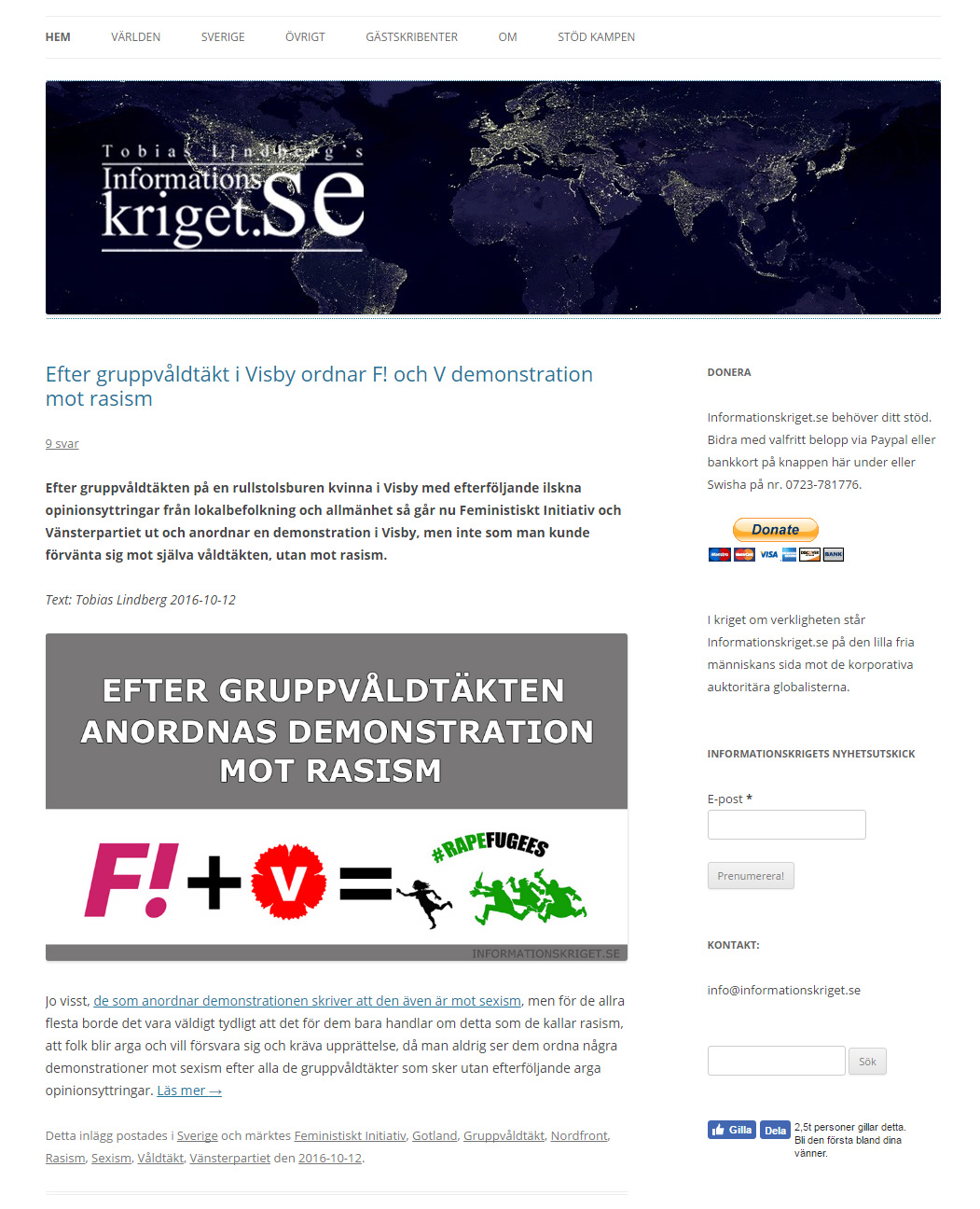