Dec 22, 2014
Colin Liddell and Andy Nowicki are co-editors and writers of Alternative Right, an online magazine of radical traditionalism with a stimulating, hilarious spin. In addition to their blog, both men are regular contributors at several other online publications, Colin has held various positions in journalism and education, and Andy is the author of eight published novels. We’ll discuss some of the major themes of their writings, many of which question, from different points of view, the ideas that are forced upon society by the extreme left. Colin and Andy share their viewpoints about the problems with egalitarianism and the rejection of science, nature and biology by the Establishment. We take a look at the diminishment of humanism by the forces of modernity in the name of economic growth, one of the key concepts behind the Alt Right movement. Then, we consider the general loss of control and blind coherence that occurs with exponential progress fueled by ego. In the member’s hour, Andy and Colin talk about the importance of encouraging art and literature that challenges the mainstream issues and shows the movement to the masses while avoiding didacticism. Further, we discuss the constant suppression of anything that may offend the masses, a sort of de facto Fascism played out against those with a provocative message. In conclusion, we analyze the waning of America’s global power and the US involvement with the proxy war in Ukraine against Russia. 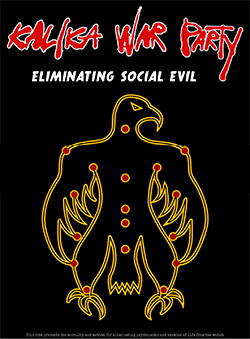