The Ancient Alien Question & The Return of ET

Philip Coppens is an author and investigative journalist, ranging from the world of politics to ancient history and mystery. Since 1995, he has lectured extensively and has appeared in a number of television and DVD documentaries, including the series, "Ancient Aliens" on The History Channel. In this interview, he will talk about his latest book, The Ancient Alien Question. Are people ready for ET? Philip shares his opinion on the current mass consciousness, the scientific community and what mankind needs to be re-invigorated. We also discuss visitation from extraterrestrial beings and if these beings guided us into civilization. He says that we have not been alone from the start. Philip talks about how monuments contain evidence of their presence. Also, we talk about Carl Sagan, Terrence McKenna and various forms of extraterrestrial contact. Later we talk about geniuses who might have received their information from non-human intelligence and Philip tells us what he thinks the objective of humanity is. In the second hour, we begin discussing what the Bible really is, information about the God with the big G. Philip says the Bible and other spiritual writings all tell us that reality is far more complex than we know. Then, we discuss the ancient concept of the divine and bringing deities back using spiritual technology. Are the ancient aliens going to return? We move on to talk about official disclosure, why it is going nowhere and the UFO field. Philip explains how we should be viewing proof of ET, using a wider framework. How would "they" appear to us if they did and could we co-create and transform into something bigger? Philip shares his positive thoughts on this and why he doesn't think we'll self-destruct.

Massacre of the Ninth Legion

GGB is Here! Complete with International Intrigue, Conspiracies and Coverups!

The Canopus Revelation & The Stargate Conundrum 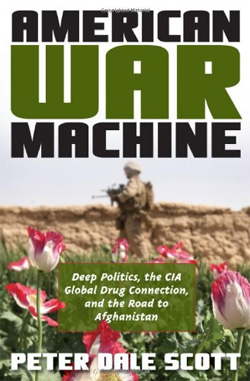