The Big TOE (Theory of Everything), Consciousness, Reality, Technology & Entities

Dec 23, 2010
Tom Campbell began researching altered states of consciousness with Bob Monroe at Monroe Laboratories in the early 1970s. Campbell has been experimenting with, and exploring the subjective and objective mind ever since. For the past thirty years, Campbell has been focused on scientifically exploring the properties, boundaries, and abilities of consciousness. In this program, Tom shares his "Big TOE" (Theory of Everything). "My Big TOE" is a model of existence and reality that is based directly on Campbell's scientific research and firsthand experience. It represents the results and conclusions of thirty years of careful scientific exploration of the boundaries and contents of reality from both the physical and metaphysical viewpoints. Presently, and for the past 20 years, he has been at the heart of developing US missile defense systems. Topics discussed: journeys out of the body, Robert Monroe, binaural beats, reality is information, binary, digital Information, consciousness at the root of reality, consciousness system, entropy, time, evolve, evolution, love, virtual reality, simulation, plank time, free will, negativity, pain, growth, control though fear, probability, Akashi record, present, objective truth, access the database, intent. In our second, Tom Campbell discusses the indoctrinating school system and how to think outside of the box. We also talk about technological singularity. Will we be able to upload our consciousness to computers? Then, we talk about aliens, contact with other kinds of entities and guides. Tom also talks about fear and beliefs. Is it possible to physically manifest our thoughts? If so, what can we do with our dream reality and what role does the unconcious play? Later we discuss hallucinogenic drugs as well as other aspects of Tom's model. Topics discussed: indoctrination, school, thinking outside of the box, knowledge workers, education, religion, objective reality, technological revolution, Unified Field Theory, Einstein, Schrödinger, David Boom, technological singularity, Nick Bostrom, aliens, doomsday, apocalypse, power in diversity, intent, entities, guides, mythology, cultural references, fear, beliefs, mental world, consciousness, demons, the mental world, physical manifestation, imagination, dream reality, unconscious, hallucinogenic drugs, unconscious, thinking outside of the box.

Our world may be a giant hologram

See the rest at: youtube.com/twcjr44

'Multiverse Theory' Holds That the Universe is a Virtual Reality Matrix 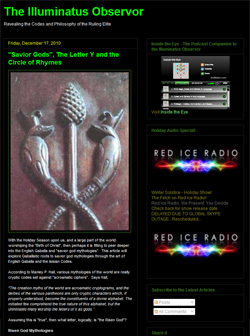