The Nature of Reality, Twilight Zones of Consciousness & The Pineal Gland

Feb 23, 2012
Anthony Peake studied Sociology and History at The University of Warwick and at post-graduate level at The London School of Economics. He is a professional member of The Scientific & Medical Network, The International Association of Near-Death Studies, the Society for Psychical Research and the Institute of Noetic Sciences. He is the author of several books and probably best known for his fascinating theory, which he terms Cheating The Ferryman. It suggests a totally new approach to the nature of consciousness and its relationship with the external world. He returns to Red Ice to discuss the nature of reality. How much of reality are we creating? Anthony explains how the answer lies in the zero point field. He also discusses oneness as opposed to dual reality. We'll explore relevant cutting edge scientific experiments and talk about the intriguing aspect of light particles. Lastly, Peake converses about hypnagogia and the possibility that we are living a lifelong dream. In the second hour, Anthony discusses fascinating functions of the pineal gland, also referred to as the "third eye" or the "gateway to the soul." Ancients had an understanding of the pineal gland which is seen in pinecone symbolism. He mentions TARs receptors in the brain, shaped and designed to be receptors for Dimethlytryptamine (DMT), implying that we are meant to have it. We'll discuss plants containing specific chemicals that can open us up to God. Anthony explains how the pineal gland first appears in the developing human fetus at the 49th day after conception; at first it is located in the back of the throat and then gradually moves upward and inward during gestation to be finally located in the center of the brain. This progression may result in the creation a small duct connecting the back of the throat to the center of the brain that disappears in early adolescence. Those who practice deep meditation focused on the highest chakra: the pineal gland, or third eye, have referred to a specific taste they experience, which they call the "divine nectar." Could this be the taste of DMT? This secretion is also referred to in the Druid culture of British Isles as the "grail" itself. We'll also discuss encounters and experiences while on DMT and tuning into visions that are not yours.

The Out-of-Body Experience: The History and Science of Astral Travel
Making Sense of Near-Death Experiences: A Handbook of Clinicians
The Daemon: A Guide to Your Extraordinary Secret Self
Is There Life After Death?
Man and Time By J B Priestly

The Soundtrack of Our Lives - In Someone Elses Mind 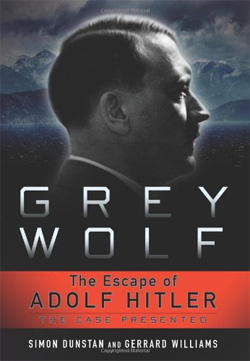