Sep 16, 2012
Larken Rose is known for debunking the most dangerous superstition, government. He is a Voluntaryist/Anarchist and a tax protester, as well as an author of several books. He has a podcast radio program airing every Sunday called "Outside the Cage." Much of what Larken Rose does to promote the concepts of self-ownership and a voluntary society, writing articles, giving talks, making videos, he does for free. Larken will explain the myth of the necessity of government. We’ll talk about how people have been programmed to believe in the authority of government and the monstrous results thereafter. In the second hour, Larken continues to explain how governments must cloak their actions in an aura of moral legitimacy in order to sustain their power. He further demystifies the government superstition and exposes tyranny, murder, lies and violence. Larken says we need freedom, not democracy. We’ll talk about what the world would look like without government. The hour ends on the political future of the USA and the ripple effect.

Violence of the State & The 'Terrorists' Rebellion

Mogwai - Hunted By A Freak 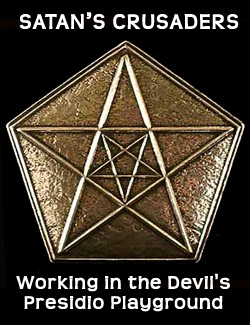