Violence of the State & The 'Terrorists' Rebellion

Jul 19, 2013
Larken Rose is known for debunking the most dangerous superstition, government. He is a Voluntaryist/Anarchist and a tax protester, as well as an author of several books. Larken promotes the concepts of self-ownership and a voluntary society, writing articles, giving talks and making videos available at LarkenRose.com. In this program we’ll discuss government violence, human violence and what "the rule of the jungle" really means. Larken explains that the most violent and immoral people ascend to politics and to positions of power. Also, we talk about the movie "The Purge," a propaganda hit piece on anarchism and about the unrealistic fantasy of what would happen in society, if for one day, there were no laws. In our second hour, we explore concepts of justice and equality. One of the most powerful weapons that governments have at their disposal is people’s misdirected good intentions and a morally convinced population. Rose explains how belief in government equals religious programming; it’s deification of a system that really doesn’t exist anywhere, except in the minds of people. We are the ones making it real and giving this invisible entity its power. We’ll also discuss how Larken could be deemed a terrorist at any time. The term has changed meaning and morphed into incorporating new groups and ideologies. Later, we talk about a very positive development of how an increasing amount of people have started to understand the pro voluntary and anarchist perspective. The "spark" that is inherent in people, who question government and its role, is spreading like wildfire, Larken says.

larkenrose.com
Larken's Youtube
The Ultimate Statist Fear-Mongering ("The Purge")
The Purge Trailer
I May Soon Be a Terrorist!
Oathkeepers
Milgram experiment
Voluntaryism
Anarchism
The Top Ten Reasons why the Mafia is better than the state: By Emily Sandblade
Monopoly on violence
Authority
State (polity)
Freedom
Government

The Most Dangerous Superstition
Theft by Deception
The Iron Web

The Caesars - We Got To Leave 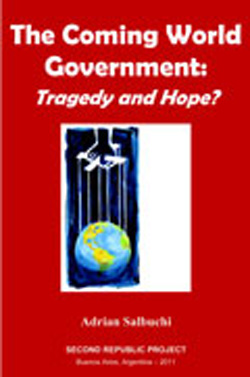