Sep 9, 2012
For over 30 years, Santos Bonacci has been researching the ancient works, compiling and translating them into more accessible terms in his study of Astrotheology. Santos lives in Melbourne, Australia. He is a producer of video lectures and special DVDs and presents regular seminars on demand. He returns to discuss “the holy science.” In the first hour, he’ll explain how astrotheology is the basis and origin for all of our myths, legends, fairytales, nursery rhymes and folk lore. He also talks about how it is the pure science developed by the very enlightened, wise and ancient priesthood that give us the holy books of all religions. This language eventually became heavily veiled in allegory and symbolism and much of it was deliberately done to keep the higher truths from the masses. In the member’s hour, Santos details the aspects of each sign in the zodiac and their correspondences to seasons, numbers, yuga cycles, personality, the body and all creation. Santos explains in more detail how the macrocosm (the heavens) affects its counterpart on Earth, the microcosm. He says a wise man knows his stars. 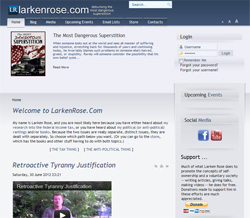