The Last Day of the Mayan Calendar

Oct 19, 2010
Carl Johan Calleman was born in Sweden. In 1986 he took up work at the Department of Environmental Health at the University of Washington in Seattle, which brought him closer to the Mayan area with possibilities of frequent visits to their area. Now he is the of author of "Solving the Greatest Mystery of Our time : The Mayan Calendar", "The Mayan Calendar and the Transformation of Consciousness" and "The Purposeful Universe: How Quantum Theory and Mayan Cosmology Explain the Origin and Evolution of Life". We discuss Carl's work on the end of the Mayan Calendar and his views on the "Last Day" of the creation cycle of the Mayan Calendar, a period between November 3rd 2010 and October 28th 2011. Topics Discussed: the calendar coming to an end, the galactic underworld, celebrating a new balance, rationality, masculinity, domination, western & eastern forces, the feminine, council of elders, the 2012 movie, cosmic plan, cosmic energy shift, balancing, nine foundations of the pyramid, March 9th 2011, into the space of God, chaos, compression of time, predictions based on the Mayan Calendar, rise of China, economic crash, the cosmic schedule, polarity shift in consciousness, the cosmic tree of life, Gliese 581g, meeting our galactic neighbors, biological evolution, unity consciousness, the movie Avatar, galactic center, conscious co-creation, The Secret, and how to serve the cosmic plan. 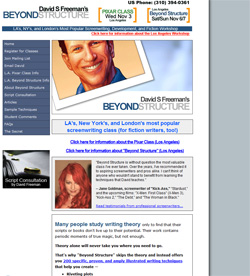