Sep 20, 2011
Robert Bauval was born in Alexandria, Egypt to Belgian parents. He is a researcher of ancient Egypt and a bestselling author, probably best known for his Orion Correlation Theory. In this interview Robert will talk about his latest book, co-authored with Graham Hancock called, The Master Game: Unmasking the Secret Rulers of the World. The Master Game is a part-conversion and update of the previous book Talisman (2004) which now takes into account 911 and the so-called 'War on Terror' and exposes its true origins, as well as exposes the clash of civilization that is taking us head on towards a Biblical Armageddon. Robert will trace an ancient conflict, a master game, from its deepest roots in ancient Egypt to today. We'll explore deeper into the conflict between the Jews and the Arabs and the formation of the State of Israel. Then, we'll discuss the Masonic & Zionist conspiracy theories and political and religious movements, which he'll tie into the master game. He ends the hour talking about the dangers of getting caught up in the game as well as the absurdity of it. Robert urges us to see what is going on, to expose it and to end it. We begin the second hour talking about Freemasonry not as a secret society but as a society with secrets. Robert will discuss their cult like behavior and core beliefs, which are connected to Judaism. Then, we go deeper into the subject of belief systems and the mind of a fundamentalist on matters that could be fiction. Robert talks about the danger of mingling virtues with mythical ideologies, which in turn are forced upon others. This leads us into discussing the forces in "the game" and the Masonic model which is now being imposed on us as the new religion. We also talk about how we can stop the game beginning with our educational, media and belief systems. Robert says indoctrination creates mad men and if we remove religion from state matters, perhaps our world would be more peaceful. He'll talk about the invoked Armageddon and problems which are all man-made. Later, we talk about the root of peace in the major religions which are now being used on behalf of sinister game players.

Mubarak at a Bizarre ‘Zionist’ Ceremony… or not?

The Financial Cost of American Support to Israel

Cult of the Supreme Being

The Message of the Sphinx: A Quest for the Hidden Legacy of Mankind

Perfectibilists: The 18th Century Bavarian Order of the Illuminati

Fire in the Minds of Men 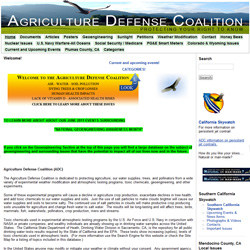