Aug 10, 2010
Robert Bauval is Egyptian born, in Al-Iskandariyya (Alexandria) to Belgian parents, and has spent most of his life living and working in the Middle East. He works in Construction Engineering & Management and is also a writer. He is the author of “The Egypt Code", "The Orion Mystery"," Keeper of Genesis", "The Message of the Sphinx", "Secret Chamber", "Talisman: Sacred Cities, Secret Faith" and "Black Genesis". In this program, he returns to discuss the latest on the Secretary General of the Egyptian Supreme Council of Antiquities Dr. Zahi Hawass and his ridiculous TV show, "Chasing Mummies" on the History Channel. We also discuss the new DNA findings that might prove that Tutankhamun was of Western European descent. We also talk about Robert's Egypt tour and some of his favorite spots in Egypt. Topics Discussed: Tutankhamun of Western European descent, pre-dynastic Egypt, Zahi Hawass, British-Israelites, Egypt Israel war, Arab-Israeli conflict, Arab prestige, British, Gamal Abdel Nasser, King Farouk, stealing Egyptian civilization, pre-historic origins of Egypt, Genome Project, "Chasing Mummies" TV show, Ad driven TV, Egypt decoded, Roberts Egypt tour and more. In our second hour with Robert Bauval we talk about his book, co-authored with Graham Hancock called "Talisman". It is now being reworked and soon to be released under the new title "The Master Game". In this hour, Robert talks about the occult, hidden messages in modern western culture and the links to the ancient world. We talk about the revolutionary faith, the French, American, Egyptian connection in philosophy, art, city designs, place names and architecture. We dive into the mystery cults and talk about their influences thoughout history. Then, Robert gets into Freemasonry and the Scottish Rite. We also tie in the 9/11 ritual, the plan to rebuild Solomon's Temple and the master game that is unfolding in front of our eyes. Topics Discussed: Talisman, Graham Hancock, Keeper of Genesis, Age of the Sphinx, obelisk in Paris, Louvre Museum, Champs-Élysées, Isis, Romans, revolutionary movement, calendar change, Egyptian Freemasonry, cults of old, Cult of Reason, Voltaire & Rousseau, archetypal symbols, cellular memory, Obama symbol, McCain five pointed star, Washington D.C., Dan Brown, Bernini, the civilization game, Project Triangle, 9/11, Pentagon, star and twin towers, WTC, Solomon's Temple, Jachin and Boaz, Masonic Zionist Conspiracy, psychological virus, Harry Truman, 33rd President of the United States, what is in the mind of "the leaders"?, Scottish Rite in Washington D.C. and more.

The Message of the Sphinx: A Quest for the Hidden Legacy of Mankind

Perfectibilists: The 18th Century Bavarian Order of the Illuminati

Fire in the Minds of Men 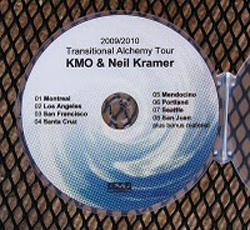