Robert Bauval was born in Alexandria, Egypt to Belgian parents. He is a researcher of ancient Egypt and a bestselling author, probably best known for his Orion Correlation Theory. His research has been featured in documentaries throughout the world. He returns to discuss lies and accusations made about him by Zahi Hawass, which were published in the newspaper 'Al Masry Al Yom'. Dr Zahi Hawass, ex Minister of State for Antiquities, revealed that "the robberies of King Khufu's cartouche was done on behalf of, Robert Bauval, an Egyptian Jew working in Belgium, who has been trying by every means to prove that the pyramid is a Jewish and not Egyptian product." Hawass claimed that Robert collaborated and paid two German amateur archaeologists to steal the cartouche of the pharaoh Khufu inside a relief chamber of the Great Pyramid. He added: "I would like to make it clear that the foreign vandals are led by an Egyptian Jew living in Belgium, who had previously sent more than one person, who were all forbidden completely, and with whom I have had many battles, and he wrote a book before trying to prove that the pyramid was not Egyptian." Hawass confirmed that "it was not permitted to enter the pyramid except through tourist companies in order to make control, which is the opposite of what is happing now; which allowed the samples to be smuggled." Robert, who is of the Christian Catholic faith, will address these false accusations.

The Egypt Code
The Orion Mystery: Unlocking the Secrets of the Pyramids
The Message of the Sphinx
Secret Chamber: The Quest for the Hall of Records
Talisman : Sacred Cities, Secret Faith 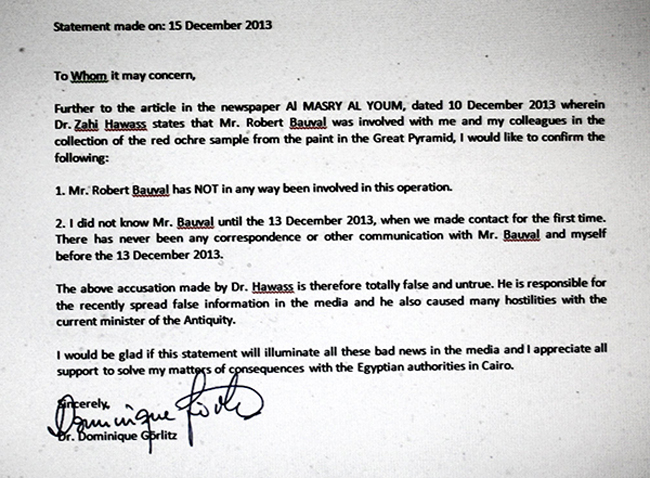 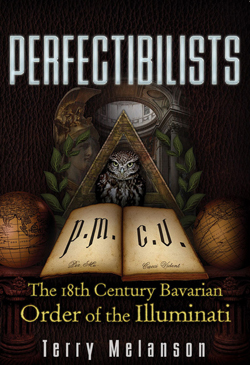