Oct 25, 2013
James Swagger was first introduced to topical science writing for a historical mysteries magazine in Ireland. He was trained as a Systems Analyst in the energy industry. He holds a Master degree in Engineering, Bachelors in Physics with Astronomy, and a Masters in Science, Research and Society. Initially, Swagger sought out the megalithic monuments of Western Europe in his spare time travelling around the UK, Ireland, and Denmark. His embrace of a multidisciplinary approach to the research of megalithic sites, and the larger view of 'passage grave cosmology' produced his first book, "The Newgrange Sirius Mystery: Linking Passage Grave Cosmology with Dogon Symbology." James joins us from Ireland, to discuss his books and his research. In the first hour, we outline the megaliths in the Boyne valley. We'll discuss the passage grave cosmology, archeoastronomy and archaeoacoustics. We focus on the relationship between the stars, the art and entoptic imagery. In the second hour, we'll speak more about megalithic acoustics. James profiles the builder, including who they were and what their purpose was. Then, we discuss Porcupine Bank, the sunken piece of land to the west of Ireland. There is a possibility that this was Hy-Brasil, the mythical island. Was this the origin of the builders of these monuments and ritual temples? Later, we discuss world-wide catastrophe which might have spawned the building of the megaliths as calendars and navigational star instruments.

The Irish & Scottish Origins of Halloween 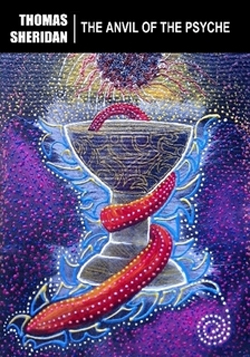