Daniel Estulin is an investigative journalist who has been researching the Bilderbergers for over 14 years. He is the author of The True Story of the Bilderberg Group and the host of a show on RT (Russia Today). Daniel joins us to discuss real life key elements from his novel Octopus Deception, based on the work of Danny Casolaro. We'll discuss Operation Lily and the war loot stolen in Asia by Japanese forces during World War II, ultimately ending up in the hands of The Black Eagle Trust, of which controls the world economy and governments. Daniel talks about the planned destruction of the economy in order to maintain the system of control by international bankers as a new form of empire. He explains how money has nothing to do with economy. We speak more on the strong dollar policy, financial terrorism and the central banking warfare model. Later, we discuss Daniel's book "Deconstructing Wikileaks."He gives us his take on Wikileaks, Julian Assange, the Occupy movement and Anonymous. We end on Jim Tucker, the trailblazing journalist and author of Jim Tucker's Bilderberg Diary, who, since 1975, has focused on the Bilderberg Group. Daniel explains how the Bilderberg Group isn't the seat of power as many believe. The same goes for the Rockefellers who serve as a lackey to the real power who we never see or hear about.

The Octopus Deception
The True Story of the Bilderberg Group
Shadow Masters: An International Network of Governments and Secret-Service Agencies Working Together with Drugs Dealers and Terrorists for Mutual Benefit and Profit
Deconstructing Wikileaks 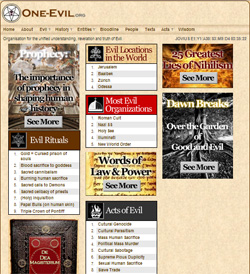