Johnny Monoxide is an electrician from Northern California by way of the East Coast who is also the Fashy, Funny, and Goyish host of a comedy podcast for The Right Stuff, called The Current Year Tonight.

Johnny joins us for a chat about waking up to the anti-White agenda, discovering the Alt-Right scene, and current trends in the movement. We begin with a look back onto Johnny’s winding road through the conspiracy theory world anarchism, libertarianism, anti-authoritarianism, and actually participating in Black Lives Matter protests. He talks about his east coast Italian upbringing and early exposure to the JQ, along with Red Ice’s influence on his red-pilling process and realization that he’d been duped on many levels and poisoned by self-loathing lefty political correctness. We look at the cultural revolution that is swiftly taking hold within the millennial generation as humor and trolling are embraced to cut through the absurdness of the SJW craze. Johnny illustrates the incoherence of the average “normie” regarding the sheer depth of the psychological programming being utilized by the controlled media, and the acuteness of the brainwashing to the beauties of diversity that has most well-meaning folks blindly cheering for their own destruction. Then, we make some predictions about the West’s progressive death march and how we can use comedy to expose Whites to the muck of multiculturalism and inspire embracing a righteous sense of identity.

In the member segment, Johnny recounts a recent excursion to a republican state convention in Burlingame, CA, where he encountered hundreds of Trump protesters and experienced the brunt of the rabid racism festering within the Mexican La Raza movement. Jonny gives some examples of what it’s like seeing a decent CA neighborhood desecrated by Obama’s pet HUD housing initiative, and we mull over the mayhem that has ensued as American monuments and living history are given the racist stamp of obliteration. We consider how altruistic Whites have been guilted into advocating for and engineering their own destruction through tainted history lessons and crooked broadcasting from the teLIEvision. Furthermore, we discuss how an infection of flat-out communistic ideology has managed to hide out in the West since WWII, and we consider the beautiful guilt removing antidote that exists in waking up to this fallacious chapter of history. At the end, we poke some fun at the Jew-installed, “dangerous faggot” commentator, Milo Yiannopoulos, and his ridiculous attempts at infiltrating the Alt-Right scene, and Johnny talks more about The Current Year Tonight and his direction for turning the manipulated media on its silly head through comedy.

Creating a "Safe Space" for Europeans at UC Berkeley

Eilert Pilarm - In The Ghetto 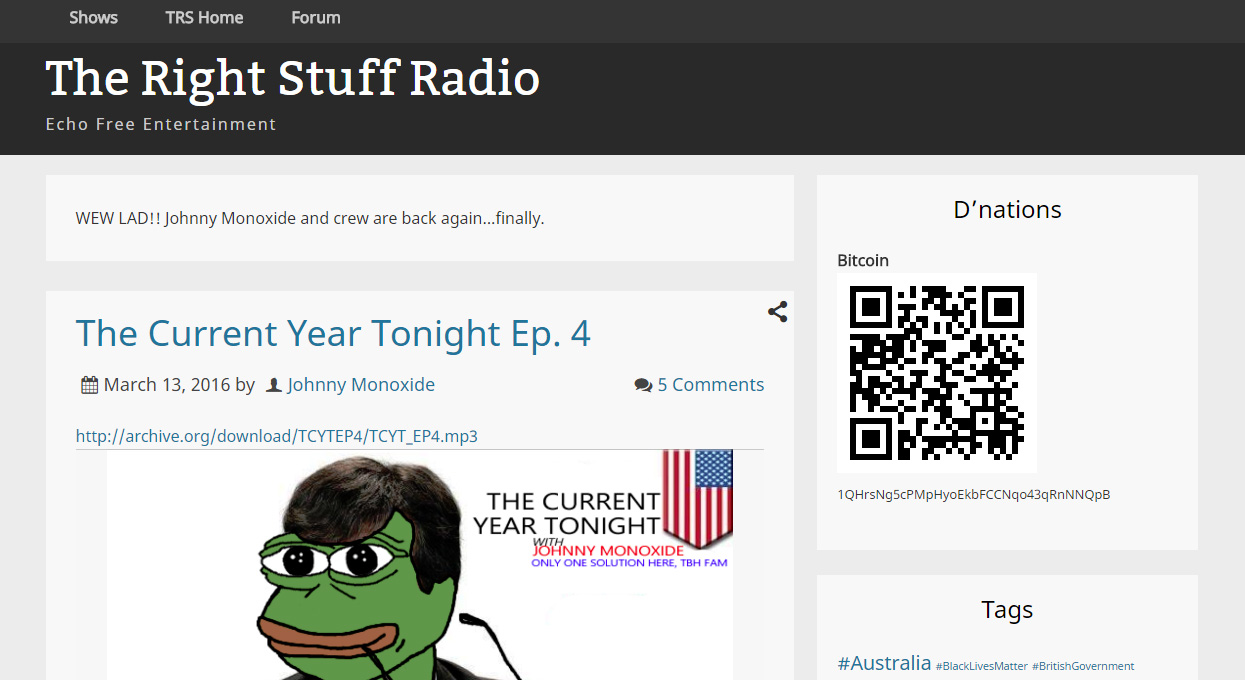