The Saturn Death Cult: The Illuminated Ones

Nov 1, 2012
A British national brought up in New Zealand, Troy McLachlan earned a bachelor’s degree in Asian and American politics before embarking on an advertising and television/film industry career. Inspired by the cosmology of the Electric Universe hypotheses and its ability to provide rational and natural explanations for the mythological record, Troy recognized that the god Saturn plays an important role in some of the world’s more deviant esoteric traditions. He wrote the website and kindle-book "The Saturn Death Cult" as an attempt to forge a link between the implications of "Saturn Theory" and its detrimental effect on the beliefs of certain Saturnian-based occult groups and agendas. In the first hour, Troy summarizes his Saturn Death Cult theory and then discusses the "illuminated ones," including their use of symbolism and the alchemical motives behind it. We’ll discuss world government, wealth, collectivism and the rule of law. In hour two, Troy explains how the illuminated ones use archetypes to propagate their agenda. He’ll talk about the German composer Richard Wagner, who Nietzsche accused of being a change agent. He’ll also talk about Stanley Kubrick’s use of Saturn symbolism. Later, we cover UFOs, breakaway civilization, Nazis and the agenda of the Saturn Death Cult. At the end, we touch upon the problem with democracy, the EU, collectivism and law.

saturndeathcult.com
A Timeless Age in a Purple Haze
From Purple Haze to Golden Days
The Golden Age
Doomsday!
The Silver Age and the Rise of the Bluebloods 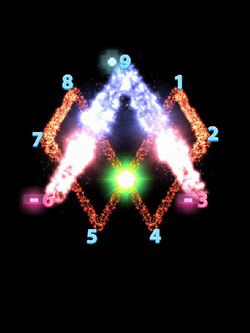