Jan 19, 2012
A British national brought up in New Zealand, Troy McLachlan earned a bachelor’s degree in Asian and American politics before embarking on an advertising and television/film industry career in both New Zealand and later in Hong Kong where he was a resident for fifteen years. Fascinated by the cosmology of the Electric Universe hypotheses and its ability to provide rational and natural explanations for the mythological record, Troy recognised that a discussion of the model’s implications and their affects on the practises of prevailing occult belief systems was largely missing within Electric Universe literature. Recognising that the god Saturn plays an important role in some of the world’s more deviant esoteric traditions he wrote the website and kindle-book ‘The Saturn Death Cult’ as an attempt to forge a link between the implications of ‘Saturn Theory’ and its detrimental effect on the beliefs of certain Saturnian-based occult groups and agendas. The Saturn Death Cult is an investigation into ancient planetary upheavals that heralded the birth and destruction of a fabled Golden Age. It attempts to trace how, following the demise of this Golden Age, mankind then degenerated into the obsessive pursuit of wealth and power through the perverted horrors of slavery, child sacrifice and mass-murder rituals.

saturndeathcult.com
A Timeless Age in a Purple Haze
From Purple Haze to Golden Days
The Golden Age
Doomsday!
The Silver Age and the Rise of the Bluebloods 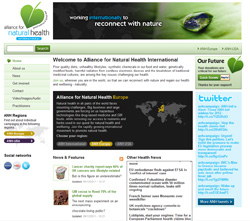