British biologist Dr. Rupert Sheldrake, one of the world's most innovative scientists, is the author of more than 80 scientific papers and ten books and is best known for his groundbreaking theory of morphic resonance. In this program we discuss Rupert’s latest book "The Science Delusion." He begins with an overview of the ten dogmas of science. According to these dogmas, all of reality is material or physical, the world is an inanimate machine, nature is purposeless, free will is an illusion, notions of higher orders of consciousness and absolute "God" awareness exists only as ideas in human minds, which are themselves nothing but electrochemical processes imprisoned within our skulls. These powerful assumptions, have led science down the wrong path according to Rupert. He explains how originally the scientific field held a kind of Cartesian dualistic view of spirit and matter, which eventually was replaced solely by matter. The scientific view that matter is "dead" and has no soul or spirit is dangerous, argues Sheldrake. Later, we talk about the Large Hadron Collider, the most expensive scientific project in the history of mankind. Rupert explains that the results in the search for the "Higgs field" and the so called "God particle" might very well be influenced by the intention of the scientists performing the experiment, also known as the observer’s effect. Lastly, Sheldrake tells us about the biotech bubble and shares his opinion on what alternative fields of science he would like to see funded.

The Science Delusion
Science Set Free: 10 Paths to New Discovery (US version)
Mind and Cosmos: Why the Materialist Neo-Darwinian Conception of Nature Is Almost Certainly False 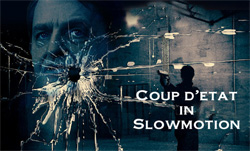