The Secret Right II, The Roots of the Conspiracy Culture

Feb 19, 2012
Josh Reeves is a Dallas, Texas-based researcher, filmmaker, and radio talk show host. He has made several documentaries and mini-docs. Through radio, videos, films, and even music, Josh Reeves presents his restless effort of research into matters concerning government/corporate corruptions, occult/esoteric philosophies, mass media propaganda, social engineering, hidden technologies, ancient mysteries, religious/spiritual manipulations, and more. He returns to Red Ice to discuss his latest documentary, The Secret Right Volume 2. Volume 2 investigates individuals and organizations - among the most notable are the Council for National Policy (CNP), the John Birch Society (JBS), and the Society of Jesus (Jesuits)- having deep connections with secretive, priest-class societies and occult orders, their creation of the 9-11/Tea Party/Truth/Patriot movements and the "conspiracy theory" genre at large, and their roots in the New World Order itself. In the second hour we proceed to discuss the Spanish Illuminati, the Alumbrados and the connection to Ignatius of Loyola who founded the Society of Jesus (the Jesuits). Josh tells us that Adam Weishaupt who founded the Bavarian branch of the Illuminati, called the "Perfectibilists", were Jesuit trained. We'll discuss the American Christian rightwing and their unquestioned support for Israel. Josh shares his views on Zionism. He tells us about financier Carl Ichan and arms-dealer/businessman Adnan Khashoggi, also the principal financier behind GenesisIntermedia, Inc. Reeves addresses the cabal surrounding the company. Lastly, we mention the generally unknown megalithic site in Texas, the Rock Wall, and other ancient sites in the USA. 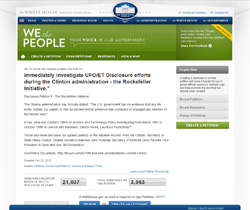