Conspiracy and Psychology, Roots of Tyranny & "Fall of the Republic"

Nov 20, 2009
Michael Tsarion was born in Belfast, Northern Ireland and is an author, public speaker, conspiracy theorist, and historian whose topics include religion, symbolism, sidereal astrology, mythology, the occult, and Atlantis. He is back on the show for a special two-hour program to talk about conspiracy and psychology. We discuss man and his psychic epidemics, the roots of tyranny and comment on Alex Jones latest film, "Fall of the Republic". Michael is behind the "Origins and Oracles" DVD series, and is the author of "Atlantis, Alien visitation and Genetic Manipulation", "Irish origins of Civilization" and "Astro-Theology & Sidereal Mythology". Michael Tsarion along with Red Ice Creations and Blue Fire Film are the producers of the Architects of Control DVD series, featuring Michael. We also discuss conspiracy and solutions, the con of the American Constitution and the source of tyranny. Topics Discussed: consciousness, man and his psychic epidemics, identification, governments, fascists, the masses, solutions, escape, religion, Christianity, psychopaths, fraternal societies, kindergartens for psychopaths, Alex Jones, Alan Watt, G Edward Griffin, the new world order, royals, Zionists, The Vatican, atomists, conflict control, dystopia, dictatorship, the global civic society, "Fall of the Republic", psychology, masonic founding fathers and much more.

The Constitution Con, by Michael Tsarion 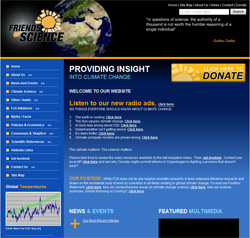