Jun 20, 2014
Author David Warner Mathisen was almost twenty years a literalist, reading the Old and New Testament scriptures carefully and literally. He began to finally see the outlines of the vast system that underlies the ancient scriptures preserved in the Bible, in other scriptures which were rejected from inclusion in the Bible by what David calls “the literalists.” We’ll discuss his latest book, The Undying Stars. He talks about how almost every culture around the world personifies the powers of the planets, the sun, moon and stars, connecting to the same powers within every man and woman, in the organs of the human body. The stories found in the Bible were originally based upon the same allegorization and were intended to point towards consciousness and the divinity in mankind as well. David explains how the messages of esoteric myths were intended to convey a shamanic-holographic worldview but was deliberately suppressed by forces who took over the Roman Empire. Also, we’ll discuss the deal struck between the Roman generals and Josephus during the Roman invasion of Judea. David talks about the copper scrolls that pointed to major treasures. In the second hour, we’ll talk about how Christianity was formulated through the vehicle of Mithraism and also how it took over the Roman Empire. There was a suppression of pre-Christian traditions in Europe built on the same esoteric knowledge and when some of the royal houses were formulated, this hunt spread to other parts of the world, including the Americas.

The Undying Stars
The Secret Society of Moses: The Mosaic Bloodline and a Conspiracy Spanning Three Millennia 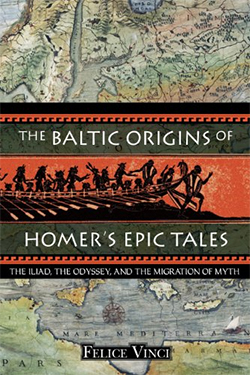