May 24, 2012
Richard Merrick is an award-winning pioneer in the high-tech industry, developing sound- and language-recognition systems, graphics and animation engines, and AI game engines designed to mirror and mimic human behavior. He retired in 2006 to further develop his theory of music perception, called harmonic interference theory. In addition to writing several books on topics related to harmonic science, he has written for Nexus and Caduceus magazines and has spoken as a guest lecturer at Rosslyn chapel in Scotland. In this program Richard talks about his new book "The Venus Blueprint: Uncovering the Ancient Science of Sacred Spaces". The book presents evidence that the orbital resonance pattern of Venus was used as a "temple template" to design psychoacoustical chambers capable of focusing and controlling entheogenic communion. The book has been released just in time for the Venus Transit of June 5-6th, 2012. This special event will not occur again until another 105 years. In the second hour with Richard Merrick we go into specifics about how the pentagonal pattern created by Venus was seen or known by the ancient peoples of earth. We discuss the purpose of the temples and the connection to the entheogenic component. Richard says that the goal of ancient religion was to liberate the mind and spirit by consuming psychedelic plants in wine and manna - then, supercharge the effects by raising brain frequency inside temple chambers especially tuned to certain natural frequencies. The amazing thing is this was done using the pentagonal star or "rose line" orbital pattern of Venus as a blueprint to design these chambers. This "Venus blueprint" literally contains within it the ability to elevate human consciousness, triggering an increased perception of reality and even euphoria.

interferencetheory.com
Facebook.com/TheVenusBlueprint
Uncovering the Ancient Science of Sacred Spaces
Transit of Venus
Venus
Venus and the pentagram
The Origins of Freemasonry and Rosslyn Chapel
Musica universalis
Dingir
The Da Vinci chapel echoes to sound of Saturn
Cassini images bizarre hexagon on Saturn
Lucifer
Hesperus/Vesper
Lucifer - Where did the Word come from and what is its True Meaning?
Cymatics
Mt. Meru, Part 1 - The crypt of Rosslyn chapel
More on the Meru Pillar
Rosslyn Chapel
Hypogeum of Hal-Saflieni in Malta

Rollins Band - Nowhere To Go But Inside 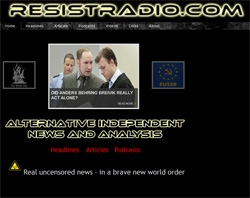