Mar 9, 2008
David Sereda, born in Canada in 1961, became a permanent Resident of the United States of America with his family in 1964 and grew up in the State of California. David Sereda's first aspiration in life was to become an astronaut. In approximately 1968, while David was on his way home from elementary school in Berkeley, California, he and his friend Tommy witnessed a large, classic disc-shaped UFO hovering in a clear blue sky with hundreds of witnesses shouting with excitement in the streets all pointing upwards in utter amazement. After 20 minutes to a half an hour of witnessing this UFO, David said he saw it literally disappear in one second into another invisible dimension, a subject that would take him until the year 2000 to understand. With a permanent and affected memory, David grew up as a UFO enthusiast never living in doubt of the phenomena that has swept the world since the Roswell incident in 1947. His interest in space, religion, philosophy, astronomy and science led him on his career in related fields. He has worked deeply in high technology, on environmental and humanitarian issues and as a professional photographer for over 20 years. He has studied world religion, science, physics and paranormal psychology for over 25 years on virtually hundreds of issues. He is also the author of several books as well as a filmmaker. In the first part of this show, we talk about David's meditation experiences, spirituality, science and the nine spheres or rings of existence. More Topics Discussed: the chakra system of the human body, consciousness as the underlying fabric of space, the Matrix, Maya - the illusion, the economic system, religion, the soul, light, space travel, contacting E.T., the interesting properties of water (hydrogen & oxygen) and how it relates to consciousness, quantum physics, Einstein, relativity, frequency, polarity and singularity, the global consciousness project, the invisible realm and much more. In our members hour, we explore further into the subjects of the invisible, 2012, Da Vinci, Mona Lisa's secret, "Holy Bloodlines” and David's film, "From here to Andromeda." Other Topics Discussed: the invisible realm, singularity, the garden of Eden & knowledge of good and evil, polarity, violence, war, incarnation into matter, life on other planets, transformation of the body, spiritual teachers, 2012 and the book of revelation, Jesus, Mary and the descendants of the "holy bloodline”.

Evidence, the Case for NASA UFOs 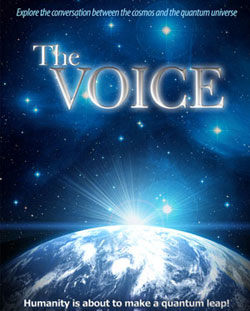