Andrew Fraser studied both law and history in Canada and the United States. After moving to Australia, he taught legal history and constitutional law at Macquarie University in Sydney. He is the author The WASP Question .(Arktos 2011) and the forthcoming Dispatches from the Divinity School.

Andrew joins us for a compelling look into The WASP Question, which addresses the lost sense of ethnic identity of Anglo-Saxon peoples in Western civilization. Drew talks about his views on multiculturalism and feminism that triggered various controversies at Macquarie University and the impetus for writing his book. He cites the English covenantal character and the development of the law of the contract as key features responsible for WASP’s ability to thrive economically and develop into a unified polity. We examine why the island of England has been historically targeted for invasion and subjugation, and how the Danes, Normans, Vikings, Dutch and Scandinavians managed to be absorbed despite the clashing ways of English Christians and Nordic pagans. Drew describes the pivotal time during the 17th century Civil War when English identity became defined by law and mercantilism, and we look at how the rise of civic nationalism in the new world order age of widespread immigration within the West led to the corrosion of WASP identity. Further, Drew gives his take on the postmodern rebirth of Anglo Saxon Christendom and the Trinitarian nature of race, ethnicity and theology, and how the now globalist Anglican church should be nurturing a sense of common ethnic identity. He also points to the US’s “cult of constitution” as being responsible for its abandonment of religious identity, resulting a theological issue that must be addressed for WASP survival.

In the members’ segment, Drew talks more about his ethno-theological approach to the WASP question and his case for the proposition that Christianity is a religion grounded in ethnic identity. He argues that the stories in the bible, from Genesis through Revelations, refer to a particular people and are guides for what it means to be a holy nation. We discuss the Catholic church’s betrayal of the European people and its exacerbation of the refugee crisis through the adoption of Unitarianism. We go back to the creation of the protestant Anglican church by Alfred the Great and the relationship between the English state and the papal monarchy. Drew illuminates the emergence of Judaeo-Christianism, the missing link of modern Jews to ancient Israelites, the ending of the covenant with old Israel in AD 70, and the Synagogue of Satan. Then, we look at the rise of globalist Zionism since WWII and the JQ factor in the decline of Western Christianity, along with the unacceptable turning of the other cheek by liberals to the horrific war crimes by the “chosen ones.” Drew says the “Trumpening” in the US is a positive sign that the narrative is being rewritten, but the unsustainable perpetual economic growth paradigm could result in a new dark age where tribal identity will be a crucial. In conclusion, Drew gives his perspectives on the role feminism plays in pathological altruism and on the effects of multiculturalism in Australia.

Winglord - Wrath of the Awakened Saxon 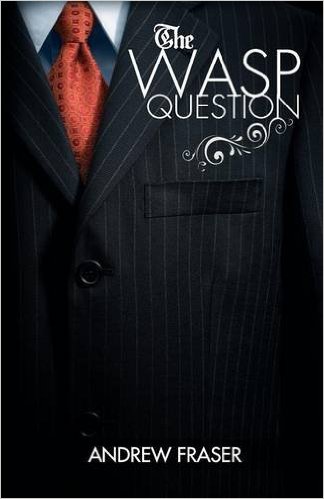