Alfred Schaefer is a German producer whose videos are aimed at exposing the propagandistic nature of the mainstream media. His videos outline how the hostile elite that are in control of much of Western Civilization have managed to subjugate entire populations and their political leadership through psychological conditioning.

Alfred Schaefer joins Henrik for a discussion about the consequences of challenging the accepted view of the Holocaust. The program begins with Alfred describing what it was like to grow up in Canada with German ancestry amid an accusatory climate of Holocaust remembrance. He describes his sister Monika’s newly found skepticism of the prevailing historical view of the Second World War and her subsequent video productions. Alfred recounts how Monika was arrested in Munich because of her videos that challenged the prevailing mainstream consensus concerning the Holocaust while attending the trial of Sylvia Stolz, a lawyer on trial for so-called Holocaust denial. Henrik and Alfred discuss with incredulity how pursuing historical inquiry can lead to criminal charges and imprisonment.

In the members’ hour, Henrik and Alfred talk about the fractured nature of facts surrounding the nature of the Holocaust itself and the need for further research. The conversation then addresses the migrant crisis and how it constitutes a threat to Western civilization and how it can be viewed as a destructive companion phenomenon to Holocaust guilt and other Leftist propaganda. The conversation turns to the freefall of the mainstream media, how people crave alternative media sources, and the importance of outlets like Red Ice. Henrik speaks to the risk involved with pursing the truth about the migrant crisis, its origins, and underlying motivators. The discussion then turns to the seeming contradictions of population replacement. Henrik and Alfred go on to discuss the severity of the current geopolitical situation as an existential crisis; the importance of pursuing moderate solutions to avoid widespread conflict; and much more.

wir-sind-monika.com
freespeechmonika.wordpress.com
Alfred S on YouTube
Sorry Mom, I was wrong about the Holocaust 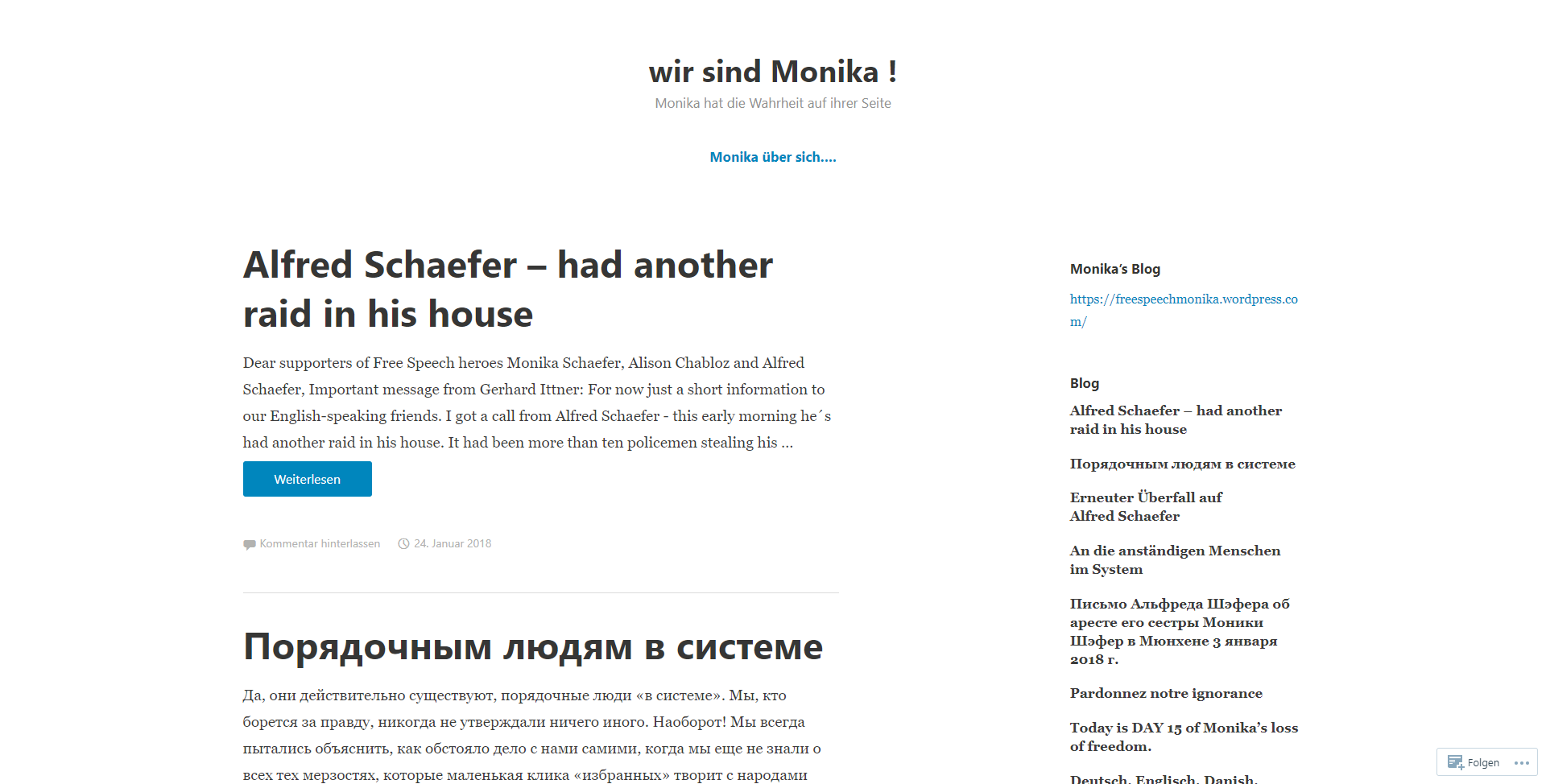