Timewave Zero, Terrence & the Brotherhood of the Screaming Abyss

May 22, 2011
Dennis McKenna is an American ethnopharmacologist, author and younger brother to well-known psychedelics proponent Terence McKenna. Terence is remembered as a radical philosopher, futurist, raconteur, and cultural commentator. He was one of the most articulate spokesmen for the post-psychedelic zeitgeist. He is one of the prime originators of the 2012 mythos with all its attendant apocalyptarian anxiety. Dennis joins us to discuss his book project on Kickstarter.com called,"The Brotherhood of the Screaming Abyss," a memoir telling the real story of his and Terence's intertwined life together over the last 60 years, and of the ideas, adventures, and explorations (both inner and outer) that they shared, including their expedition to the Amazon in 1971 together with a small coterie of fellow seekers bent on uncovering the real mystery behind the psychedelic experience. He also will talk about the 2012 phenomenon and his brother's "Timewave Zero" novelty idea. According to Terence McKenna the universe has a teleological attractor at the end of time that increases interconnectedness, eventually reaching a singularity of infinite complexity in 2012, at which point anything and everything imaginable will occur simultaneously. We also get into the topics of artificial intelligence, technology and transhumanism. Then, Dennis talks about psychedelics as learning tools in our evolution. He'll discuss tuning into other channels, overcoming threshold points and allowing new consciousness to flow in with the aid of plants. Lastly, he'll share how others can help and get involved with his Kickstarter.com book project.

kickstarter.com - The Brotherhood of the Screaming Abyss 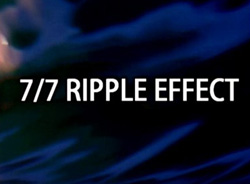