Dr. David Duke is a graduate of Louisiana State University with a BA in History. He pursued a PhD in the largest university in Ukraine and in 2005 completed his Doctoral Defense in Kiev. Duke is a former member of the House of Representatives from Louisiana and is the author of the books “Jewish Supremacism,” “My Awakening” and “The Secret Behind Communism.”

Dr. Duke, along with Lana from Radio 3Fourteen, joins us to take stock of the extraordinary presidential campaign of Donald Trump and the unprecedented crusade by the controlled media to destroy his reputation and that of his supporters. David addresses the recent attempts by the mainstream news to stump Trump by inaccurately portraying Duke as an endorser and drudging up his 1970s involvement with the KKK, while at the same time ignoring the fact that Bernie Sanders is an openly Zionist, former Trotskyite communist. We look at the symbol of power that Trump has become for disenfranchised Americans as he changes the discourse with his unabashed criticisms on immigration, trade issues, and preserving European American culture. Dr. Duke details where Trump is alienating prospective supporters with some of his more calloused remarks and personal attacks, while at the same time social media stats prove his popularity is soaring. Then, we put some focus on the latest display of “diversity” at its finest at the Chicago Trump rally debacle, and David draws some lines in the sand showing how this kind of insane hypocrisy is normalized by the real racists that are the Zionist oligarchs of banking, media and politics.

In the members' segment, Lana points to some clear indications revealed by the Trump campaign that Whites are craving nationalism, and David makes some points about what our reaction should be to propel the movement and grow ranks. David says voting for Trump should be a strategic move to further the fight to wake up our people about what is at stake in White countries and exposing the evil cabal running the globalist plan to drive racial Europeans to extinction. We talk about the best strategies for educating people on the identity of the Jewish supremacist tribe at the helm of this ethnic cleansing brigade, taking special consideration for ways to reach dedicated Christians who support Zionist Israel. Then, we size up republican candidate Ted Cruz, who his biggest sponsors are, and where the controlled opposition to Trump is getting its millions from. We also touch on the Protocols of the Elders of Zion, the rise of communism in America, and Israel’s destruction of Palestine. Later, we hone in on steps to forming a political revolution and the significance of taking part in what will undoubtedly be the most critical presidential election in history. 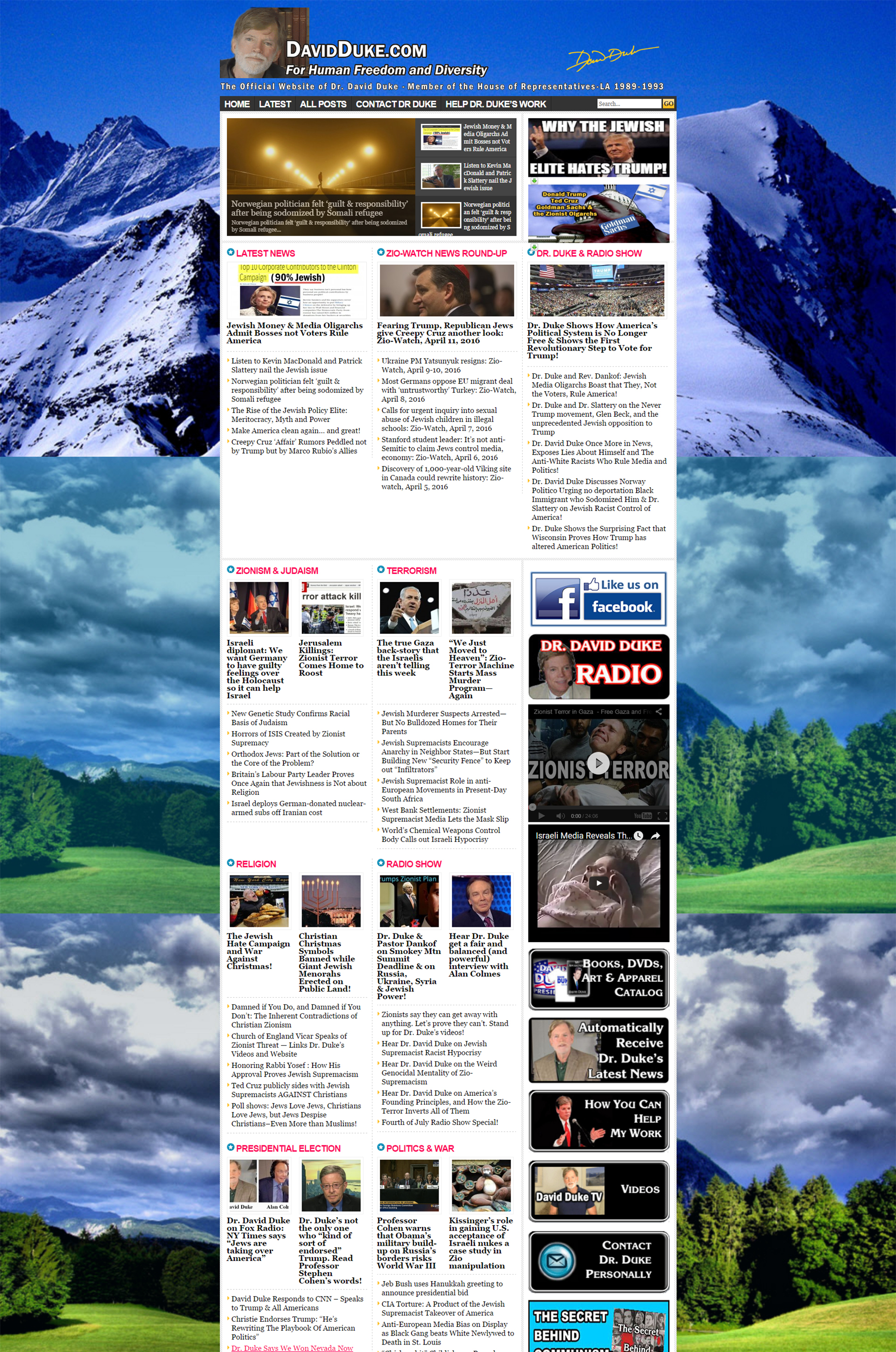