Amped: A Sci-Fi Novel Asks Whether "Transhumans" Would Still Be Human 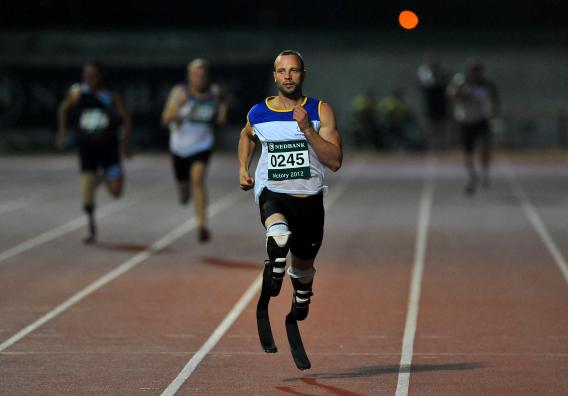 After years of fighting claims that his artificial limbs grant him an unfair advantage over other runners, South African Oscar Pistorius has a chance to become the first double amputee to compete in the Olympic Games.

What if the debate over enhancement technology that made some people “better than human” went from just one man to a whole population? That’s the premise of the latest sci-fi novel from roboticist (and Future Tense contributor) Daniel H. Wilson.

Amped depicts a near-future United States struggling with discrimination and social unrest—caused not by racism or economic injustice, but by transhumanism.

Transhumanism is the concept of integrating technology with one’s body in order to improve the human condition—from prosthetic limbs to or imbuing brains with zettabytes of storage space.

Wilson’s novel focuses on the political and social disruption caused by the advent of the “amp,” a tiny device of the placed in one’s prefrontal cortex. It sends electrical impulses to specific parts of a user’s brain, resulting in a wide range of miraculous benefits—like the elimination of all disability, both mental and physical, and seamless synchronization with prosthetic limbs. The amp also dramatically improves one’s mental capacities, allowing those of once below-average intellect to perform machine-fast probability computations.

Observers of transformative technologies often worry that they will promote further disparity between the rich and poor, as the wealthy can afford the new enhancements and the poor remain old-fashioned humans. But Wilson’s novel flips this. “Many people believe that implantable technology will be something rich people use to oppress poor people. But Tony Stark isn’t going to be the first person to get this stuff,” he told me in an email. He argues that “super-enabling” technology such as this would first be adopted by the desperate. “Nobody else will be willing to take the risks inherent in having a nascent technology put into your skull,” he said.