A van crashed into a crowd of people outside a restaurant in Germany this afternoon - killing three people and injuring more than 30 others.

Authorities are treating the incident, which happened outside the four-star eatery Grosser Kiepenkerl, in Münster, as a terror attack - although this is yet to be officially confirmed. 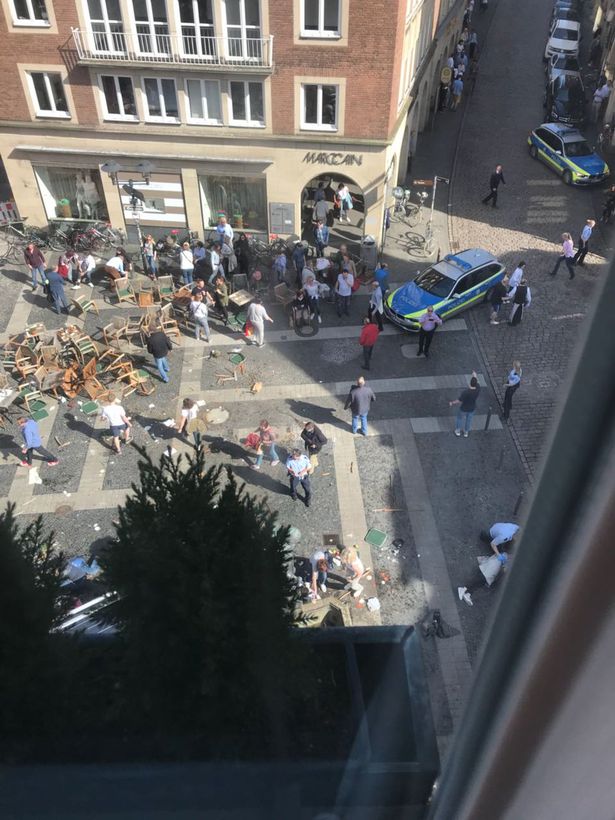 First pictures from the scene show a busy pedestrianised square with a mass of chairs and tables in disarray moments after the smash.

Families previously enjoying food and sunshine close to the Kiepenkerl statue appear scattered; tending to victims and pointing towards the devastation.

One photo shows what appears to be a grey van crashed into the side of a building.

The driver of the vehicle is reportedly dead. 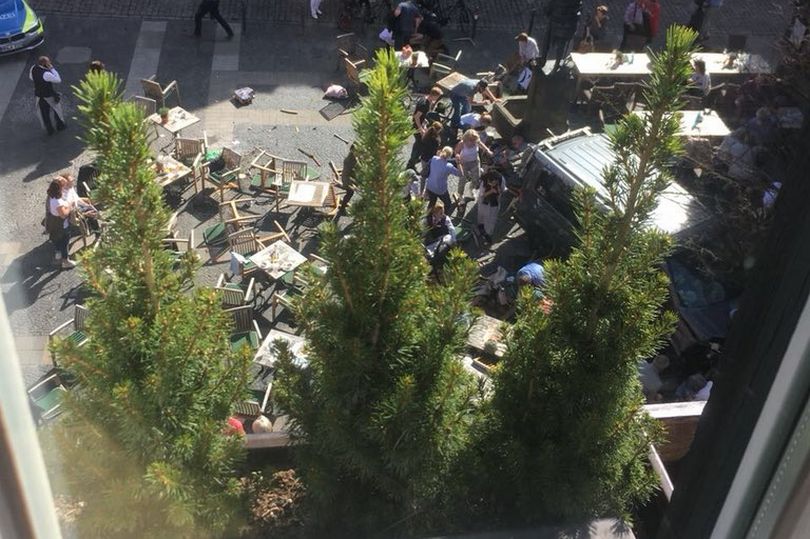 Police are in the process of clearing the area and part of the old town is sealed off.

Emergency services are on site with helicopters and, according to reports, officers are looking for explosives.

The Rheinische Post said there have been at least three fatalities and multiple injuries. 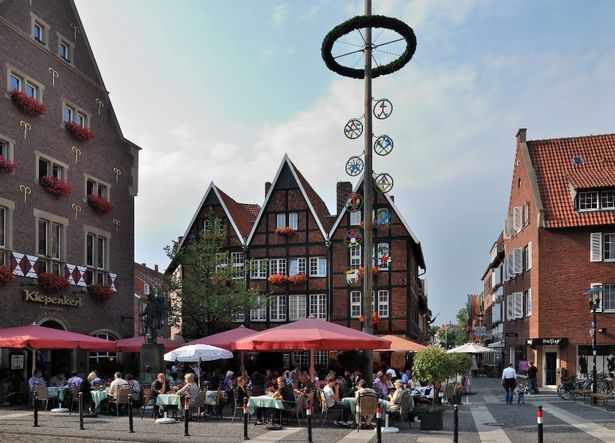 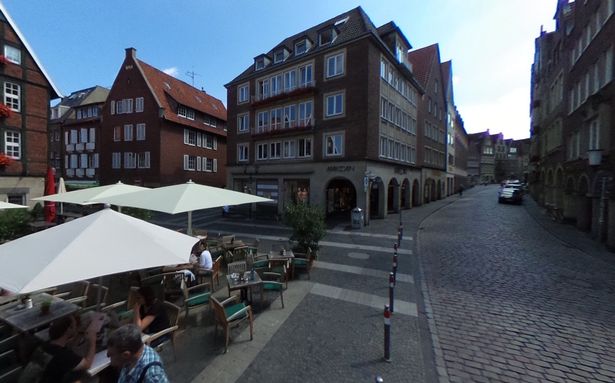