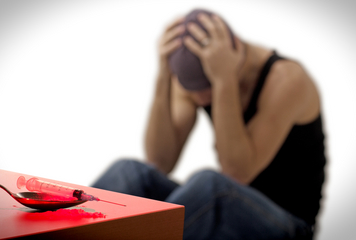 A small handful of doctors in China are going to extremes to rid people of addiction. As a last resort against intractable addiction to heroine and alcohol, these doctors are attempting to erase motivation by erasing a part of the addict’s brain. And they are doing it in the face of worldwide condemnation, and in the name of scientific research.

The procedure involves drilling small holes into the skulls of patients and inserting long electrodes which extend down to the part of the brain called the nucleus accumbens. This area, often referred to as the “pleasure center” of the brain, is the major nucleus of the brain’s reward circuit. The neurotransmitter dopamine stimulates cells here to elicit the pleasurable sensations we get from eating fatty foods, getting a job promotion, or taking heroin. Electrical current is passed through the electrodes which kill the cells of the nucleus accumbens. By ridding the addicts of their pleasure centers, doctors hope to rid them of their addictions as well. The surgery is performed while the patients are awake to minimize the chance of damaging regions involved in sensation, movement or consciousness.

The stigma associated with drug addiction is particularly strong in China where thousands are executed every year for drug trafficking. Thus, the drastic cure might be considered commensurate with the sickness. In 2004, however, the Chinese Ministry of Health banned the procedure after they determined that there wasn’t enough scientific evidence to show that it was safe in the longterm.

But, according to Time, the ablation surgery has been performed at least 1,000 times since the 2004 ban. The reason: some doctors were allowed to continue the procedure for research purposes. And making good on their scientific pursuit, doctors at the military Tangdu Hospital in Xi’an last month published a study documenting the “long-term outcome and changes of the personality and psychopathological profile of opiate addicts after bilateral stereotactic nucleus accumbens ablative surgery.”

Read the full article at: singularityhub.com