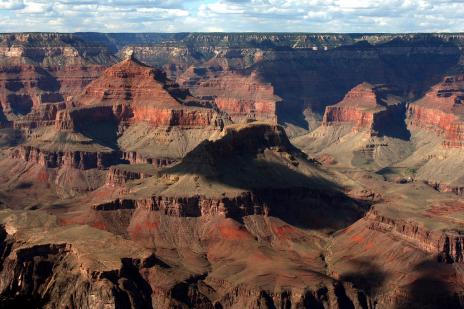 Remember how disgusted you felt when, in the closing scene of the film, Raiders of The Lost Ark, the Ark of the Covenant – hidden in an anonymous wooden crate – was consigned to a giant warehouse full of similar looking crates? Your reaction was ‘Cover up by the government!’ – no doubt. This was fiction, but do such cover-ups really happen?

One of the most revered historical institutions in the USA, if not the world, is the Smithsonian Institute, compilers and keepers of American history for as long as anyone can remember. Would they – could they blatantly ignore the existence of a staggering historical find, because it seemed too radical for conventional thinking? People must judge that for themselves.

One of the greatest natural wonders of the world cuts deep into the heart of Arizona – the Grand Canyon. Beautiful and breathtaking, this vast cleft in the earth holds many secrets, perhaps none more mysterious than the one reported in the Phoenix Gazette, on April 5th 1909. An explorer, one G.E. Kincaid (who had served the Smithsonian for over thirty years) was reporting a startling archeological discovery. 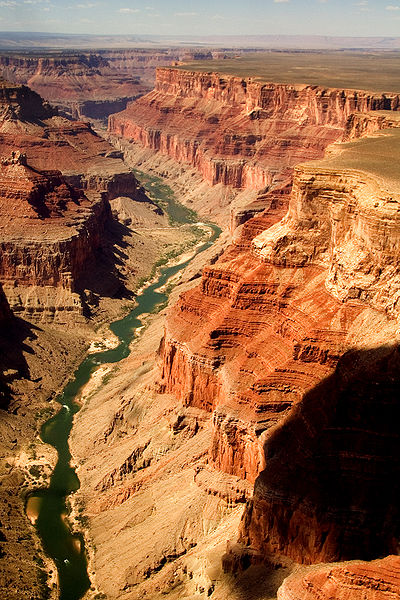 Kincaid’s boss, Professor S.A. Jordan of the Smithsonian – who were financing the expedition – was said to be enthusiastic that the find be further investigated, as it was of ‘major significance’. Kincaid had found, about 2000 feet up the canyon wall above the Colorado river – some forty-two miles upstream from the El Tovar crystal canyon – a cave entrance to a vast underground city, chiseled from the solid rock.

There were steps up to the cave, suggesting that the river level had been that high when the inhabitants had lived there. This would mean at least 3000 years had passed since then! This citadel was almost a mile underground, and was very precisely carved, in geometric patterns, over an enormous area. Kincaid reported that several hundred rooms had been discovered, but that the full extent of the ‘city’ was still impossible to estimate.

Perhaps the most startling find was the great hall, about 100 feet in from the cave entrance. This contained a carved idol (presumably of the god these people worshipped), which he described thus: The idol sits cross-legged, with lotus flower or lily in each hand. The cast of the face is oriental, and the carving shows a skilful hand, being remarkably well preserved. It resembles Buddha, and though scientists are unsure of its religious import, it reminds them strongly of the ancient people of Tibet.

Many smaller, beautifully carved images were reported, as was the finding of all kinds of copper tools – preserved by some hardening method, which modern day scientists have failed to emulate. Artistic vases and urns of copper and gold as well as enameled ware and glazed vessels were found. Granaries, like those found in oriental temples, and still holding seeds, were also discovered.

There was a grey metal found, resembling platinum, which scientists could not identify, and yellow stones, known as ‘cat’s eyes’, were everywhere, each one engraved with a Malay type head. Even more significant was the finding of hieroglyphics – amazingly similar to those found in Egypt – engraved on urns, on tablets and around doorways. Deciphering these would be a major step toward solving the mystery; but did it ever happen?

A large crypt was found, with many mummies in it, reportedly well preserved. They were all male, entombed with weapons, suggesting that this was a burial site for soldiers – though varying degrees of development in the ceramics found with them hint that this was a civilization that was constantly refining itself. It was thought that up to 50,000 people could have lived in this city.

Strangely enough, the tradition among the Hopi Indians tells of an ancestry that harks back to their people having once lived in an underworld in the Grand Canyon, until rivalry broke out between two factions. The good faction – the people of one heart – were led to the outside world by their chief, Machetto – while the people of two hearts remained behind. 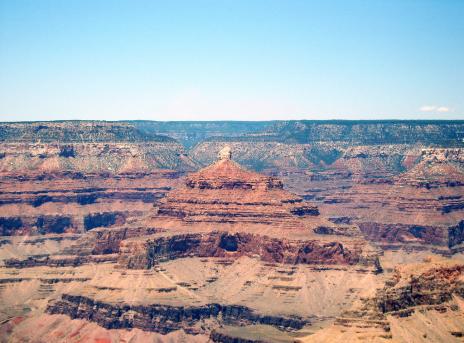 Today, visitors looking from the South Rim of the Canyon can see the structure called ‘The Isis Temple’ – a pyramid hewn from the solid rock of the cliff top, and obviously man-made. Page 302 in the book, Ancient secrets of the Flower of Life Vol II, holds an account, by two backpackers, of an exploration of this edifice.

They tell of finding cave entrances that had been deliberately sealed, though they did seem man made, one having a clear, 6ft circular pattern carved into the roof. This site is over 40 miles from the one reported in the newspaper article – yet why would caves that are almost inaccessible need to be sealed up, and was the originally stated location simply a mistake?

G.E. Kincaid was a respected man, the first white child born in Idaho, and an explorer for all of his life. His words about the entrance to the citadel are prophetic: ’First, I would impress that the cavern is nearly inaccessible, he said. The entrance is 1,486 feet down the sheer face of the canyon wall. It is on government land, and no visitor will be allowed, under penalty of trespass. A trip there would be fruitless, and the visitor sent on his way. I sent a number of relics to Washington, after which the exploration was undertaken.’

In the latter part of the twentieth century, detailed research by one Carl Munck uncovered a mathematical system, employed by the ancients for the exact placement of the Egyptian pyramids in alignment with certain star systems. This same code can be applied to other such structures, wherever they are found. His findings revealed that the Isis Temple must be a major archeological site, lined up as precisely as it is with the great pyramid of Giza. 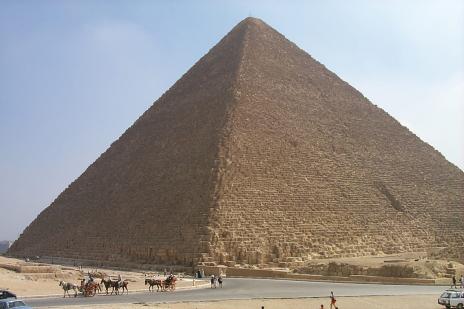 In 1909, the Grand Canyon citadel was regarded as not only the oldest archeological discovery in the United States, but also as one of paramount importance to the world, yet today, nothing more is known to the public than has already been said. The Grand Canyon is festooned with places that bear ancient Egyptian names, yet no one in authority can tell you why.

Interest in the area is highly discouraged by officialdom, and the Smithsonian Institution claim to have no record of Kincaid, Professor Johnson or a lost Egyptian civilization in Arizona. The Phoenix Gazette story must have been a hoax; or could it be that something was discovered, back then, of such monumental import that it needed to be ‘hushed up’ for evermore?

Did G. E. Kincaid actually exist? With no records of his work, or any proof from the Smithsonian that he worked for them, many think the newspaper article was an April Fool’s Day joke! However, the above copy of an earlier newspaper piece from 1909, published a whole month before the Phoenix Gazette piece appeared, shows that G.C. Kincade’s expedition did indeed happen as reported!

What is more, a translated ancient manuscript, recently located, describes a voyage made thousands of years ago by a group from Asia travelling to a city built within what they called ’The Canyon of Light’, intending to visit a holy man, or shrine. The descriptions given seem to indicate that this city was to be found in the Grand Canyon! 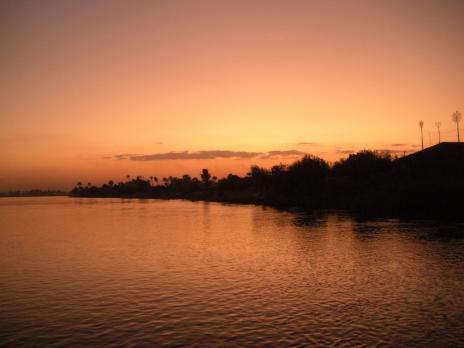 No one is prepared to answer the questions that all of this poses, even though the research done within the citadel might have proved, beyond doubt, that the race which built it were of oriental origin, possibly Egyptian travelers from the time of Rameses. Hieroglyphs found in Australia point unequivocally to Egyptians having been there at some time, so why not the Americas as well?

Perhaps the Nile, the Colorado and the Grand Canyon are inextricably linked through a span of time that defies the imagination, but if so, someone has decided that we should never know how strong those links are. The citadel may, officially, be no more than an elaborate myth, but the evidence for a contrary view is quite compelling.

It would, perhaps, be unfair to put the ‘lost’ underground city into the same category as Area 51, but the secrecy surrounding it over ninety years can’t help but make you wonder just what was actually discovered. Unfortunately for the enquiring minds amongst us, we may never know.