What’s in a name?

An Internet comedian trolled network news channel HLN when he talked about Edward Scissorhands instead of Edward Snowden.

Jon Hendren — who uses the Twitter handle @fart — had been invited on to the Daily Share as a supporter of controversial Snowden.

But he spent the entire segment answering anchor Yasmin Vossoughian’s questions as if the pair were discussing Edward Scissorhands.

When asked if he thought it was right that Snowden had released classified documents, Hendren said “They say that he couldn’t harm somebody with what he did. He absolutely could, but to cast him out and make him invalid in society simply because he has scissors for hands? I mean that’s strange. People didn’t get scared until he started sculpting shrubs into dinosaur shapes and what not.”

Undeterred, or perhaps not fully paying attention, Vossoughian went ahead and followed up by asking if it was right that Snowden was seeking asylum in Russia.

“Casting him out is wrong. We’re treating him like an animal, like somebody who should be quarantined and put away," he answered. “Just because he was created on top of a mountain by Vincent Price, incomplete with scissors for hand and no heart. Edward Scissorhands is a complete hero to me.” 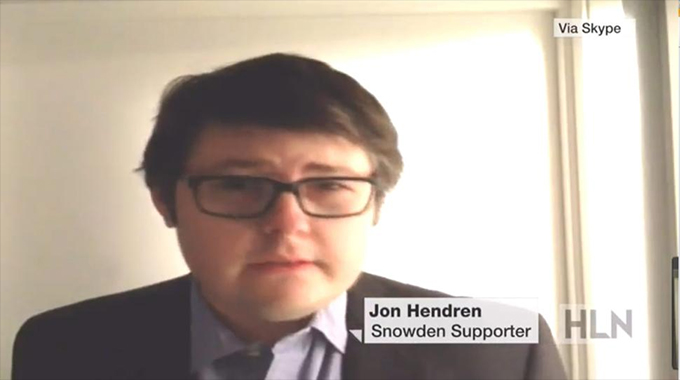 Hendren admitted afterwards that he was expecting to be cut off for the prank.

“I was surprised that they didn't cut me off immediately, so I just kept rolling with it assuming at some point they'd hang up, and they never did for some reason,” he told Esquire.