Jan 21, 2010 Source: dailymail.co.uk
The crumbling remains of Alfred the Great's granddaughter - a Saxon princess who married one of the most powerful men in Europe - have been unearthed more than 1,000 years after her death.
The almost intact bones of Queen Eadgyth - the early English form of Edith - were discovered wrapped in silk, inside a lead coffin in a German cathedral.
Eadgyth - one of the oldest members of the English royal family - was given in marriage to the influential Holy Roman Emperor Otto I and lived in Germany until her death in 946AD, aged 36. 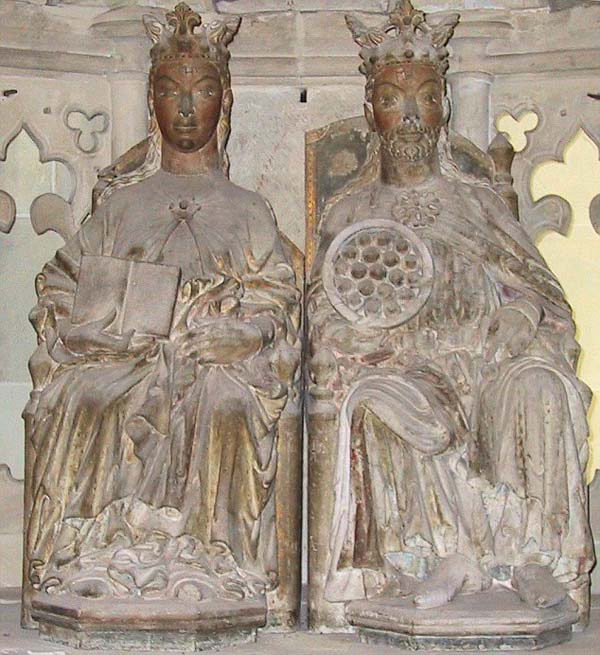 Discovered: The remains of Alfred the Great's granddaughter, Eadgyth - a Saxon Queen and one of the oldest members of the English royal family have been unearthed in a tomb in Germany.
Yesterday, British archaeologists involved in the find hailed it as 'one of the most exciting historical discoveries in recent years'.
The bones have now been brought back to Eadgyth's native Wessex for scientific tests to fully confirm her identity.

Queen Eadgyth lived at the dawn of the English nation.
Her grandfather Alfred the Great was the first monarch to style himself King of the Anglo Saxons, while her step-brother Athelstan was the first King of the English.
Her bones were unearthed at Madgeburg Cathedral in Germany. The preliminary findings will be announced at a conference at the University of Bristol today.

Professor Mark Horton of the Department of Archaeology and Anthropology at Bristol said it was 'very likely' to be the Queen.
He went on: 'If we can prove this truly is Eadgyth, this will be one of the most exciting historical discoveries in recent years.'
Eadgyth was aged 19 when she was sent to Germany with her sister Adiva in an attempt to build political bridges.
The German ruler Otto I was asked to choose between the sisters - and opted to marry Eadgyth.
His queen bore two children: a girl Liutgarde, who married Conrad the Red; and a boy Liudolf, the Duke of Swabia.
Eadgyth lived in Saxony, Germany, until her death when she was buried in a monastery in Madgeburg. 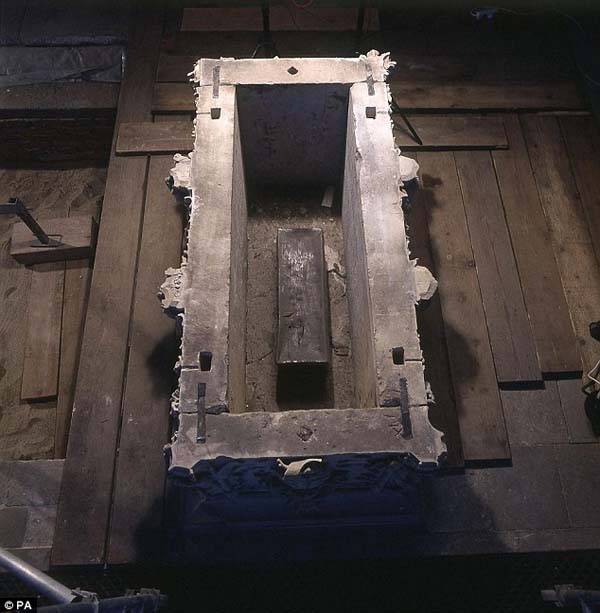 When the tomb was opened in 2008 a lead coffin 70cm long was found inside, bearing an inscription that read: 'The rescued remains of Queen Eadgyth are in this sarcophagus, after the second renovation of this monument in 1510.' The lead box contained the bones of a woman aged in her thirties, wrapped in white silk. 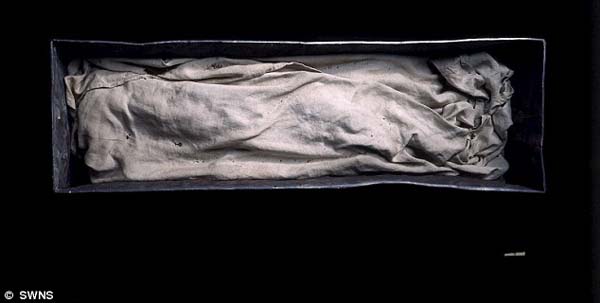 The lead coffin: The tomb in Magdesburg Cathedral, Germany, was first investigated in 2008 but academics had previously believed her bones had been moved. Recent research by Dr Estella Weiss-Krecji has shown royal remains were often taken long distances for burial, and sometimes boiled down to extract the bones, which were sewn into an ox hide for easy transportation. But mistakes could occur and bones could be disturbed.

Although her tomb is marked in the city's Cathedral by an elaborate 16th century monument, historians long believed her remains were lost centuries ago and that the tomb was empty.
But in 2008, when the lid was removed for the first time in centuries, archaeologists discovered a lead coffin inside, bearing Queen Eadgyth's name and accurately recording the transfer of her remains in 1510.
Inside the coffin was found a nearly complete female skeleton aged between 30 and 40, wrapped in silk.
Professor Harald Meller of the Landesmuseum fur Vorgeschichte in Halle, who led the project, said: 'We still are not completely certain that this is Eadgyth although all the scientific evidence points to this interpretation.
'In the Middle Ages bones were often moved around, and this makes definitive identification difficult.'
Some of the bones are being analysed at the University of Bristol.
Researchers hope to trace chemical signatures or isotopes in the bones with identical traces in the rocks around Wessex where she is likely to have grown up. 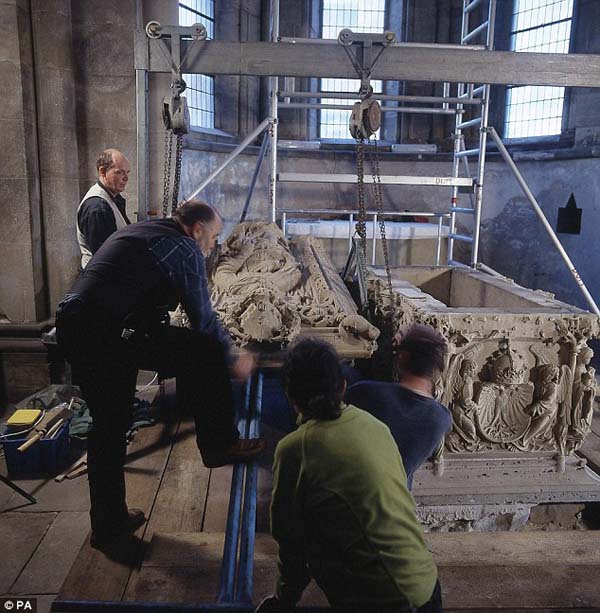 The tomb in Magdesburg Cathedral is investigated: Professor Harald Meller, who led the 2008 project, said: 'We still are not certain that this is Eadgyth although all the scientific evidence points to this interpretation. In the Middle Ages bones were often moved around, and this makes definitive identification difficult'l

Prof Horton added: 'We know that Saxon royalty moved around quite a lot, and we hope to match the isotope results with known locations around Wessex and Mercia, where she could have spent her childhood.'
Her brother, King Athelstan is generally considered to have been the first King of England after he unified the Saxon and Celtic kingdoms following the battle of Brunanburgh in 937.
His tomb survives in Malmesbury Abbey, Wiltshire, but is thought to be empty.
Otto I - also known as Otto the Great - became Holy Roman Emperor in 929. He oversaw a renaissance in German art and architecture, and his empire eventually sprawled across Europe.
The direct descendants of Eadgyth and Otto ruled Germany until 1254, and formed many of the royal families of Europe. 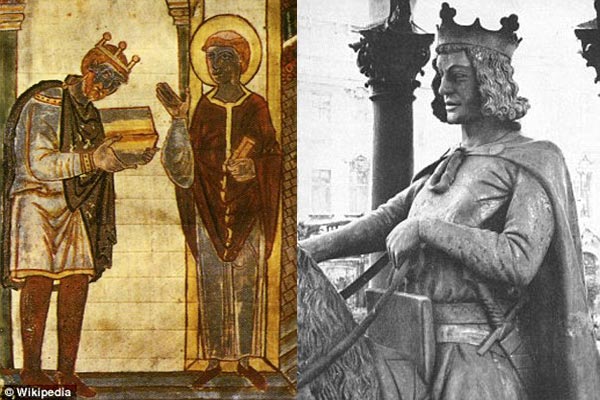 William F Mann - The Templar's Search for the One Bloodline, DNA, Sinclair, The Grail, & The Vikings (Subscription)