Archaeologists working in a Gwynedd quarry discovered an ancient cemetery containing some of the best preserved Bronze Age pottery ever found in the area.

The team from Brython Archaeology were working in the Cefn Graianog Quarry at Llanllyfni, near Caernarfon, on behalf of site operators the Tudor Griffiths Group.

During their work at the sand and gravel quarry they were surprised to come across a Bronze Age cemetery but even more shocked to discover what was lying inside two graves.

Iwan Parry, for Brython Archaeology, said: “The quarry has been operating since the 1970s, and we know the area has been occupied since the Bronze Age thanks to previous discoveries made as the quarry has grown. 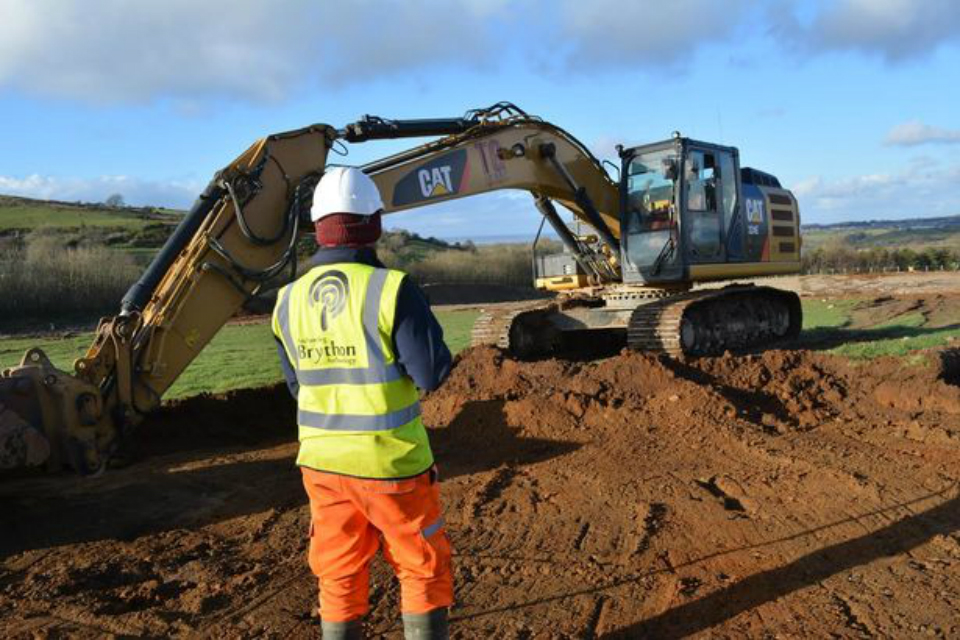 “So we know there is a lot of archaeology in the area, but to discover a cemetery was totally unexpected, and the artefacts inside the graves were an even bigger surprise.”

The team uncovered two graves created from pits lined with stone slabs – one smaller one and another larger adult sized grave, which contained two pots known as beakers.

“They are a specific kind of pot dating from the end of the Neolithic Age and the start of the Bronze Age, making them about 4,000 years old,” said Iwan.

“The smaller pot was damaged and has been painstakingly reconstructed by conservation staff at Cardiff University, but the larger pot was completely intact. 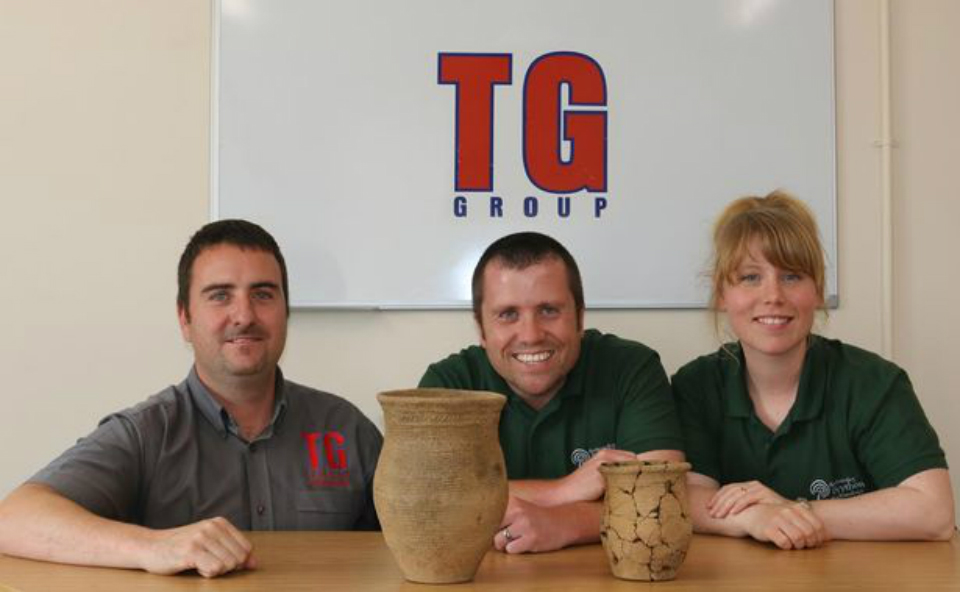 “It was so well preserved that it could easily have been a reproduction made a few days ago rather than something that’s been in the ground for over 4,000 years, and the beakers are some of the earliest examples ever found in this part of North Wales.”

Supervised by Gwynedd Archaeological Planning Services, the project is covered by planning conditions which require Tudor Griffiths Group to record everything on site before they extend into new areas.

Managing Director of the TG Group, Tudor Griffiths, said the finds were incredible and their discovery was testimony to the company’s sensitive and careful management of the important site.

“We are fully aware of our responsibilities when it comes to preserving the heritage of the area, and we’re extremely grateful to Iwan and his team for their professional and comprehensive support in helping us to protect such important artefacts.”

As well as the pots, the team discovered pits containing charcoal and pottery which are also believed to date back to the Bronze Age, and the treasures uncovered will be passed on to STORIEL – the Gwynedd Museum and Art Gallery in Bangor.