The chilling video opens with a message in Arabic followed by an image of Trump, saying Brussels is now 'an absolute horror show'.

Trumps voice is heard saying: "Brussels was one of the great cities, it was one of the most beautiful cities of the world 20 years ago, it was amazing actually, and safe. 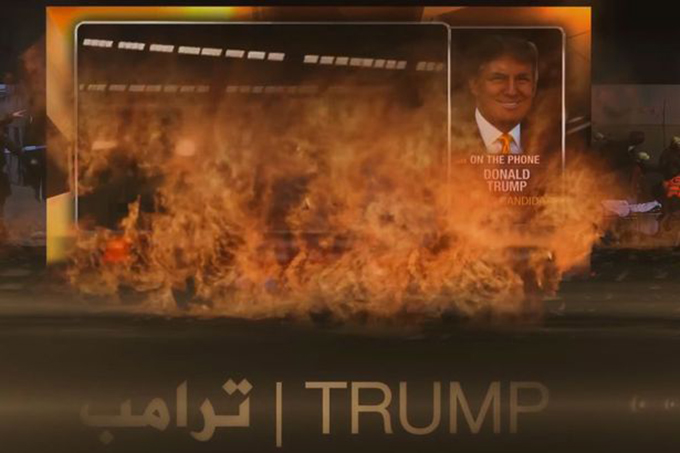 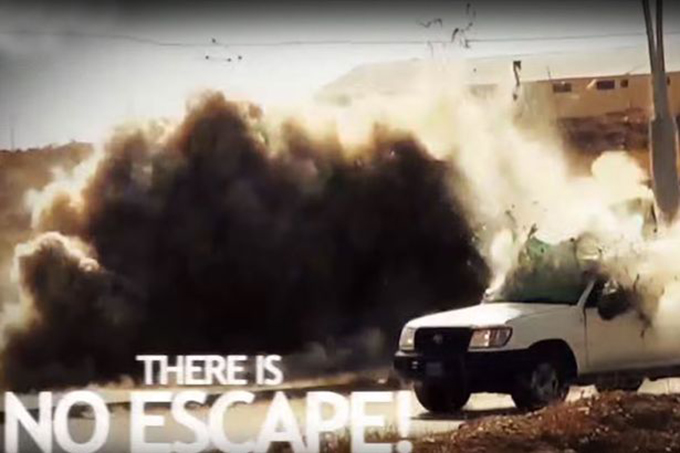 The video saying 'There is no escape' 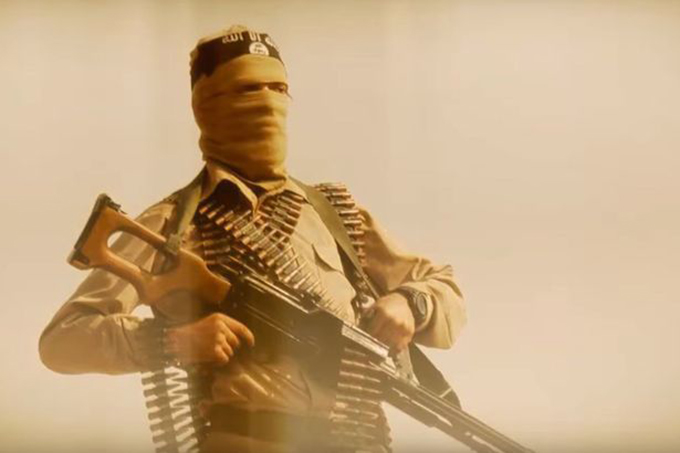 The video, which glorifies the atrocity which killed at least 31 people, features Islamic State jihadis fighting in Syria and Iraq, flashing up images of dead children and babies.

A song plays in the background saying, 'Brothers, rise up, rise up. Claim your victory. Let's go, Let's go' over and over again.

Islamic State supporters have been celebrating the horrifying terror attack on Brussels. 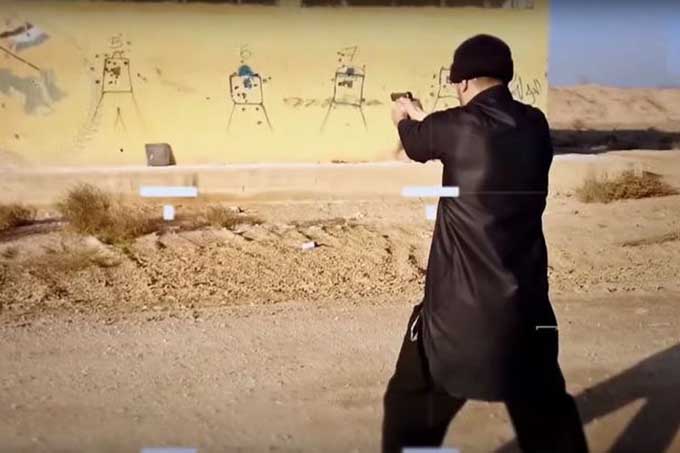 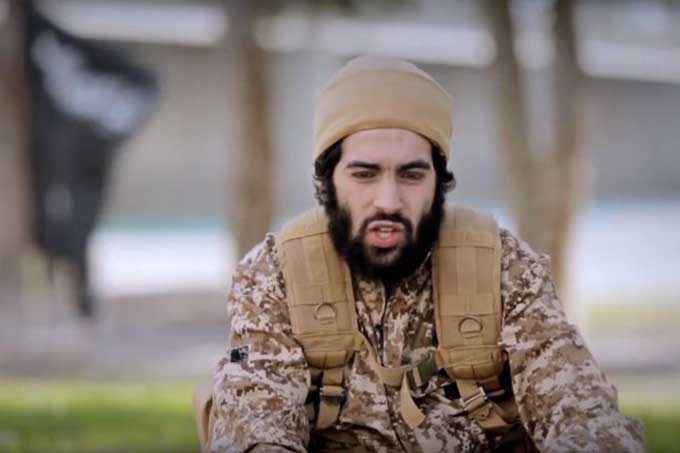 Jihadi addresses viewers in the video

The video, called "The Exile Of Islam And The Brussels Attacks", is being promoted ahead of its release by Twitter users who are supporting the sick ISIS terrorists.

It is claimed to be produced by Al Battar Media.

A voice in Arabic, with English subtitles, says: "The regulations of Jihad in the cause of Allah are clear and there are no reasonable doubts about it.

"And Quran has decided waging Jihad against the disbelievers until they give the jizyah willingly while they are humbled and the Islamic State has asked them to give it but they refused. 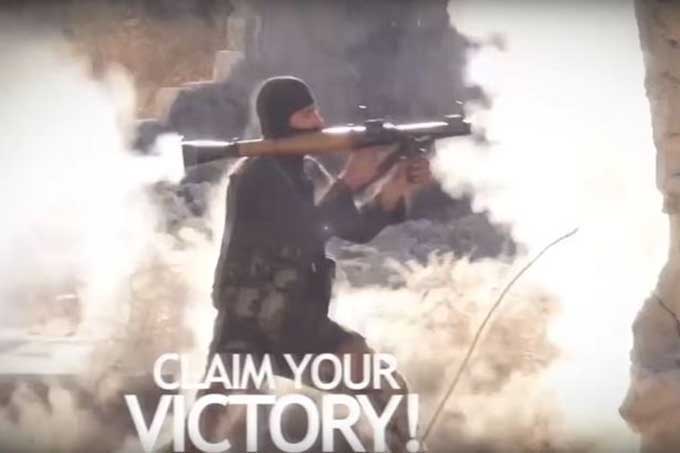 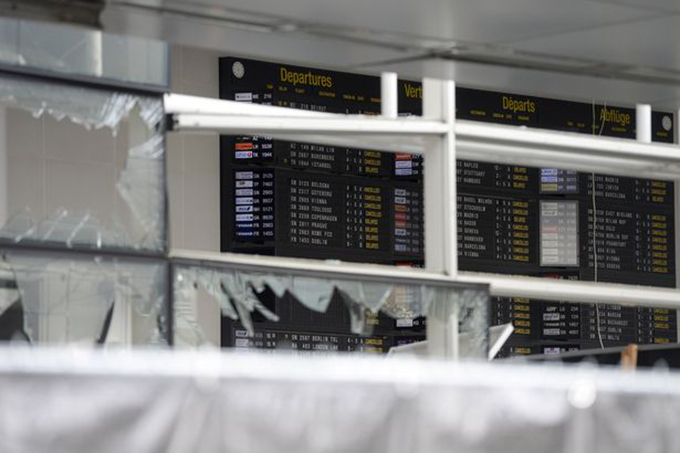 Broken windows of the terminal at Brussels national airport 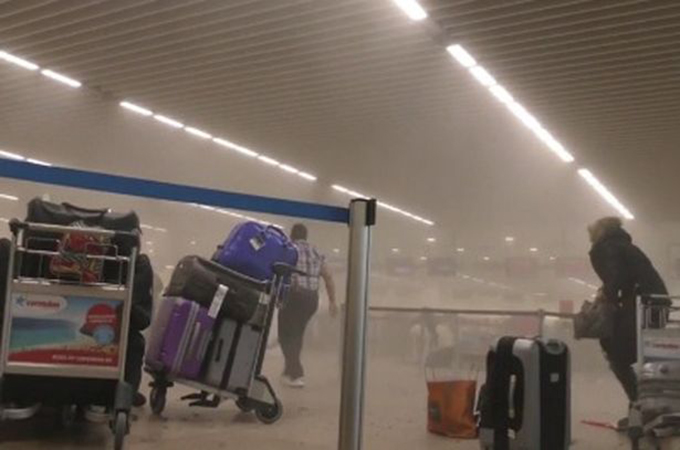 The aftermath of the explosions in Brussels

"Yet the Crusade jets including the Belgian are still bombing the Muslims in Iraq.

"But the calamity is the exile that the people of Islam live at tip most of them managed to deny jihad against the disbelievers and deny the blessed forays in Crusade Europe and other places, including the last foray of Brussels."