Knights Templar despair: - Breivik is not one of us! 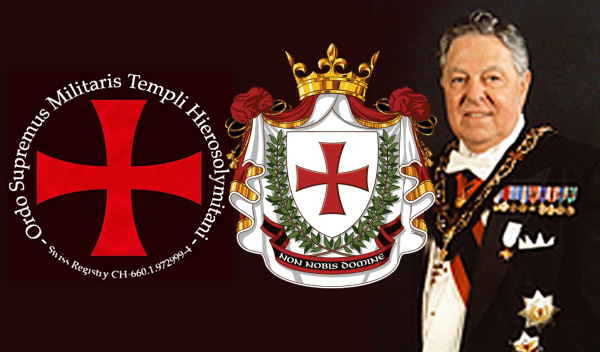 Terror Persons charged Anders Behring Breivik considers himself a kind of knight, a Templar. - He does not understand what it means, according to the order’s great commander.

In Breivik’s much-publicized manifesto shows the 32-year-old through words and symbols obvious fascination for the Crusaders.

He writes that in 2002 he attended a meeting in London, where a new Templar organization was founded:

"The time for dialogue is over. We gave peace a chance. The time for armed resistance is up. Knights Templar will on behalf of the European free people declare war against the Marxist and mulitikulturelle regimes of western Europe. "

Name Breivik and his alleged order of traps selected, the Knights Templar International, is on the existing organization. Also they use a red cross symbol. But there ends the similarities.

- Breivik is not and has never been a member of the Knights Templar. Had he known what we stood for - humanitarian aid and building bridges across race, color, religious beliefs and political views - he could never have become a member. Because what we stand for, is the opposite of what he stands for, says the great commander Robert CG Disney to VG Nett.

Temple Knight’s name is not a protected title. This is a great commander to despair.

- Group Breivik should have belonged to has nothing to do with us, says Disney.

He describes the massacre as horrible and senseless.

- On behalf of our over 6000 members of the series I our deepest sympathy and condolences in connection with the tragic deaths innocent suffered under the cruel massacre in Norway. Our thoughts and prayers are with the family, says Disney.

The original Templar order was founded at the beginning of the 12th century. Their primary function was to protect pilgrims in "The Holy Land". They formed a vital force in today’s Middle East during the Crusades, but was hit hard after a collision with the French king, just over a century after the Muslims recaptured Jerusalem in 1190 The order was then officially dissolved.

Temple Knight’s movement was reorganized in France just at the beginning of the 1800s. Today, the organization’s primary activity humanitarian work and philanthropy.

- I have no doubt that Breivik not understand what it means to be a Templar, says great commander Disney.

He claims Knights Templar International, among other things, has been an active capacity during crisis work including Haiti and Belize, and after the tsunami in southeast Asia.

- Was not a member

Organization Breivik believes that he helped to establish in London in 2002, Pauperes commilitones Christi Templique Solomonici (PCCTS), will primarily be inspired by the medieval version of the Knights Templar. According to news agency AP confirms the British høyreekstremisten Paul Ray that the group exists. But he denies that Breivik was a member. 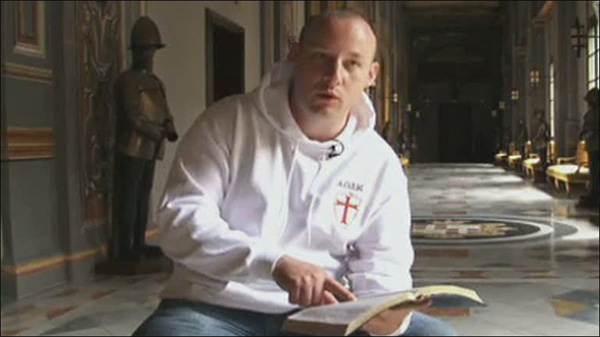 English Defense League: ""This man was a monster. An animal"

Breivik claims PCCTS, a Latin abbreviation for the Knights Templar, the more cells in the western states and two in Norway. In the manifesto, he writes that he is responsible for setting its agenda:

"We have the right and obligation to temporarily confiscate all political and military control in our country until all the traitors are hunted down and executed, and all Muslims are deportations."

Breivik describes the organization as a Christian military order that fights to liberate the West from Islamic oppression.

"The time for dialogue is over. We gave peace a chance. The time for armed resistance is up. Knights Temples will on behalf of the European free people declare war against the Marxist and mulitikulturelle regimes of western Europe. "

In the manifesto he states that the order has an estimated 15 to 80 ordained knights and an unknown number of civilian members.

"This crusade, this war on terrorism is going to take a while." - George W. Bush

The Bush’s & Knights of Columbus 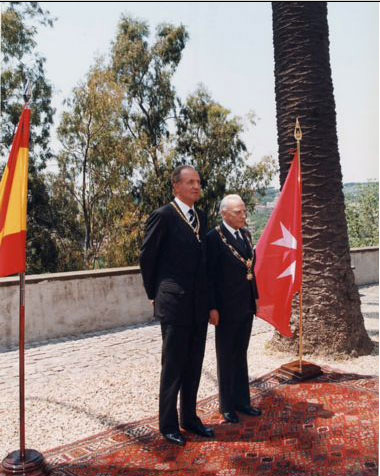 There is MUCH more to this story.