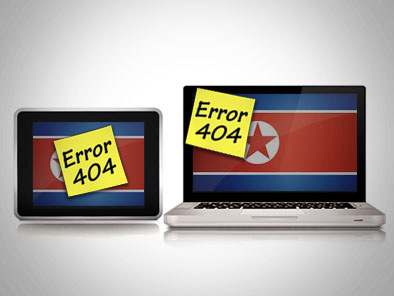 North Korea is having serious connectivity issues this morning, North Korea Tech reports. The country has extremely limited web infrastructure to begin with, but reports from Dyn indicate the country's infrastructure has suffered a series of major outages over the past 24 hours. As a result, anyone at a North Korean IP would have found it nearly impossible to connect to the web. "I haven’t seen such a steady beat of routing instability and outages in KP before," said Doug Madory, director of internet analysis at Dyn Research, told North Korea Tech. "Usually there are isolated blips, not continuous connectivity problems. I wouldn’t be surprised if they are absorbing some sort of attack presently." The premise is particularly relevant given recent statements by President Obama, which promised a "proportional response" to the recent attack on Sony. 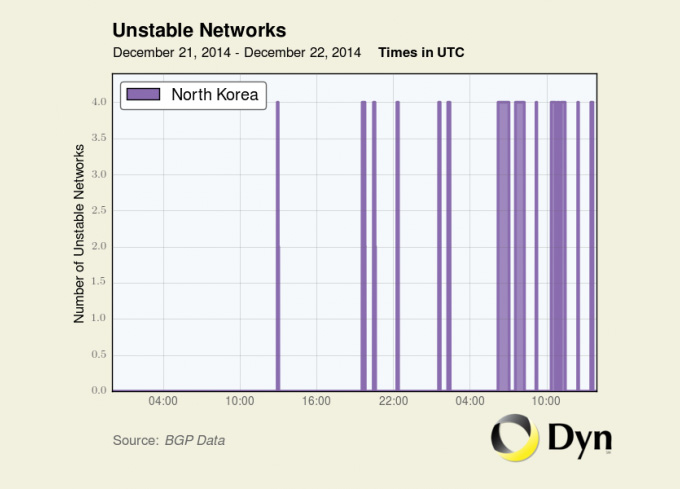 If the outage is in fact the result of a US attack, it would represent a wholesale attack on a country's access to the internet, setting a dangerous precedent of retaliation against targeted attacks. Access to the web in North Korea is generally restricted to military or government uses, so the downtime would have no effect on the average citizen, but the precedent could be used to justify far more destructive denial-of-service attacks. Still, it's just as plausible that the downtime is the result of internal North Korean operations or simple infrastructure problems. Until more evidence surfaces, it's difficult to say for sure.

Now that Sony has officially cancelled Thursday’s release of The Interview, and the United States government has confirmed that North Korea was behind the Sony hacks that have revealed everything from upcoming movies to controversial e-mails sent between Sony executives, President Obama has spent the past few days considering his next course of action. According to the New York Times, one of those courses involves soliciting China’s help in completely blocking North Korea’s access to the internet, but even that strategy comes with a bit of a snafu.

It is unclear that China would choose to help, given tensions over computer security between Washington and Beijing since the Justice Department in May indicted 5 hackers working for the Chinese military on charges of stealing sensitive information from American companies.

“What we are looking for is a blocking action, something that would cripple their efforts to carry out attacks,” said one senior administration official to the Times, which would be part of a “proportional response” to the hackers actions over the past few weeks.

Only time will tell whether or not China will be interested.