Remains of John the Baptist found in Bulgaria? 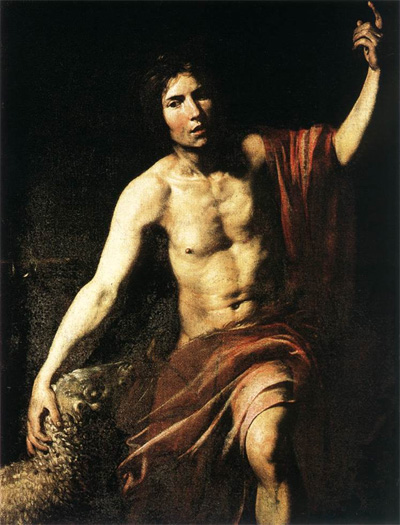 John the Baptist, right, as depicted in this 14th century painting at the National Gallery, London

Archaeologists in Bulgaria claim they have found remains of John the Baptist while excavating the site of a 5th century monastery on the Black Sea island of Sveti Ivan.

A reliquary – a container for holy relics – discovered last week under the monastery’s basilica was opened on Sunday and found to contain bone fragments of a skull, a hand and a tooth, Bulgaria’s official news agency BTA reported.

Excavation leader Kazimir Popkonstantinov lifted the reliquary’s lid in a ceremony in the coastal town of Sozopol attended by dignitaries including the Bishop of Sliven, Yoanikii, and Bozhidar Dimitrov, a government minister and director of Bulgaria’s National History Museum, BTA said.

Further tests on the fragments are due to be carried out. But Popkonstantinov is convinced the relics belong to John the Baptist because of a Greek inscription on the reliquary referring to June 24, the date when Christians celebrate John the Baptist’s birth, according to the website of the Bulgarian Orthodox Church.

A later monastery on the island, built in the 11th century, was dedicated to John the Baptist – "Sveti Ivan" means "St. John" in Bulgarian and other Slavic languages. Popkonstantinov told Bulgarian news agency Focus that it was possible the earlier basilica was also dedicated to the saint.

Fabrizio Bisconti, superintendent of the Vatican Pontifical Commission of Sacred Archaeology, told CNN that the commission "will wait until a more thorough study has been conducted, including anthropological analysis, before it will express an opinion on the finding."

Bisconti also said there are thousands of alleged relics of John the Baptist scattered around the world. He said the pontifical commission has not been contacted by the Bulgarian archaeologists, and that it normally does not get involved in the sacred archaeology studies carried outside of Italy.

Christians believe John the Baptist heralded the arrival of Christ and baptized Jesus in the River Jordan. According to the Gospels, John was put to death by beheading on the orders of the local ruler, Herod Antipas. He is considered a particularly significant figure in the Orthodox Church.

The newly discovered reliquary is made of alabaster and dates from approximately the middle of the 5th century, Popkonstantinov told reporters. The southern Black Sea coast was then part of the Byzantine Empire, ruled from Byzantium, now Istanbul in Turkey.

Popkonstantinov told Focus the reliquary was the first to be discovered in the region.

Dimitrov told Focus the relics may once have been donated to the monastery by the Byzantine church. The Topkapi Palace museum in Istanbul is one of several sites claiming to house relics purported to be those of John the Baptist.