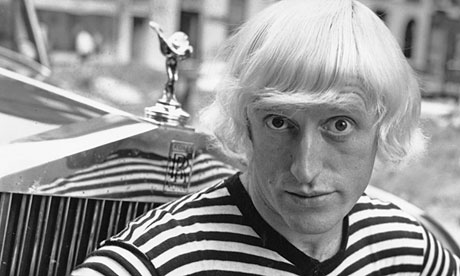 Institutional chaos and confusion — but not a coverup — were to blame for the BBC’s disastrous handling of pedophilia allegations involving one of its best-known children’s television personalities, an internal review found Wednesday.

The review, carried out by former Sky News boss Nick Pollard, absolved BBC executives of trying to bury a potentially embarrassing story, saying that weak management and poor leadership were to blame for the fact that a planned expose about the late TV star, Jimmy Savile, never aired on the flagship "Newsnight" program.

When the rival ITV network broadcast a similar expose in October about Savile, who died in 2011 at age 84, the BBC came under fire for both harbouring an alleged serial sex abuser for decades and for killing its own story about him.

"The ’Newsnight’ investigators got the story right," Pollard said. "They had found clear and compelling evidence that Jimmy Savile was a pedophile."

He said the decision by news executives to scrap the item "was clearly flawed, and the way it was taken was wrong, though I believe it was taken in good faith."

The review said the BBC was thrown into disarray when allegations that Savile was a serial sex predator were made public, taking more than a month to get a handle on the situation.

The scandal has since metastasized, tainting the reputation of the BBC — the British broadcaster known worldwide for its news and entertainment divisions. It also forced the resignation of the BBC’s brand new director-general, George Entwistle, and raised questions about its former leader, Mark Thompson, who has since become chief executive at The New York Times.

The BBC’s decision to cancel its initial investigation in December 2011 over the objections of its reporters was one of the scandal’s most embarrassing episodes, especially as it preceded a glowing tribute to Savile’s career broadcast the same month. The timing and the circumstances of the cancellation raised questions about whether senior executives tried to bury the story to protect the corporation’s reputation.

The report published Wednesday absolved the executives of that — the most serious — charge.

In the review, which executives said cost the BBC 2 million pounds ($3.3 million), Pollard asked: "Did any inappropriate managerial pressure or consideration influence the decision ... not to run the Savile story?"

"The answer is no," he wrote, noting that while there had been conversations between Peter Rippon, who led the BBC’s initial investigation into Savile, and two senior executives, "I do not believe either of them exerted undue pressure on him."

The BBC announced that its deputy director of news, Steve Mitchell — who was among those criticized — had resigned in the wake of the report. Other members of staff still faced a variety of disciplinary actions or were moving to new jobs, the corporation said.

The report does not appear to challenge Thompson’s account of his role in the scandal — and Chris Patten, head of the BBC Trust, said after the review was published that he has "no reason at all for disbelieving" the former director general.

Since the ITV documentary, scores of women have come forward, alleging that they were abused by Savile when they were underage, sometimes in BBC dressing rooms. Police say Savile is a suspect in 199 crimes recorded so far, including dozens of cases of rape.

Read the full article at: globalnews.ca

The BBC did not cover up allegations of sex abuse against one of its former stars Jimmy Savile but the British broadcaster missed numerous warnings and proved incapable of dealing with the scandal when it finally broke, an inquiry found.

News of the crimes by one of the BBC’s biggest stars from the 1970s and 80s threw the world-renowned broadcaster into turmoil and sparked allegations that it shut down an expose into Savile in favour of tribute programmes after he died last year.

An inquiry into the scandal published its findings in a 185-page report on Wednesday, saying it had not found any evidence that senior managers at the BBC applied pressure on the editor of the flagship "Newsnight" programme to drop the expose.

However it said the decision to halt that investigation was wrong and the subsequent fallout resulted in a state of chaos and confusion. Earlier emailed warnings sent to managers about a "darker side" to Savile were also ignored.

"The Newsnight investigators got the story right," Nick Pollard, the author of the report and a former head of news at rival broadcaster Sky, told reporters.

"They had found clear and compelling evidence that Jimmy Savile was a paedophile. The decision by their editor to drop the original investigation was clearly flawed, though I believe it was done in good faith.

"It was not done to protect the Savile tribute programmes or for any improper reason."

Sandy Frost - The Corruption of the Royal Order of Jesters