They’ve been mistaken for UFOs or dismissed as hallucinations. Now geologists have collected a near-definitive list of a rare but fascinating phenomenon — earthquake lights.

Certain types of earthquakes in certain areas can set off blazes of light seconds — sometimes days — ahead of the actual quake. These can manifest themselves as floating balls of light, bluish columns shooting up out of the earth and even reverse lightning, reaching up into the sky from the ground. 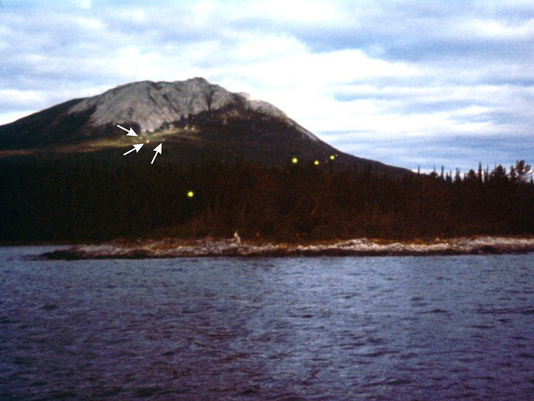 Earthquake lights are a rare phenomenon resulting from specific geological conditions. Rocks subjected to great stress produce electrical charges that can be channeled to the surface through deep vertical faults. This photos shows earthquake lights near Tagish Lake in Canada’s Yukon territory. Researchers looking at seismic records and found reports of the Cross Sound earthquake of July 1, 1973, which measured 6.7 on the Richter scale.

A study out Thursday in the journal Seismological Research Letters shows such quakes are tied to a specific type of temblor in areas where certain geological formations occur.

While rare, researchers were able to document 65 examples between 1600 and the present.

Read the full article at :usatoday.com

Tune into Red Ice Radio where we speak with guests about earthquake lights, plasma sightings, UFOs, and other mysterious phenomena: