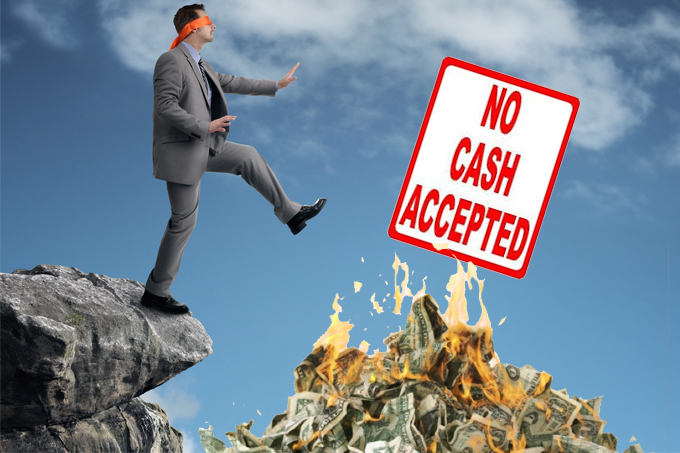 Economist Martin Armstrong claims there is a "secret meeting to end cash" set to take place in London before the end of the month involving representatives from the ECB and the Federal Reserve.

Armstrong, who is known for successfully predicting the 1987 Black Monday crash as well as the 1998 Russian financial collapse, expressed his shock that no news outlet has reported on this upcoming conference.

“I find it extremely perplexing that I have been the only one to report of the secret meeting in London. Kenneth Rogoff of Harvard University, and Willem Buiter, the Chief Economist at Citigroup, will address the central banks to advocate the elimination of all cash to bring to fruition the day when you cannot buy or sell anything without government approval,” writes Armstrong.

“When I googled the issue to see who else has picked it up, to my surprise, Armstrong Economics comes up first. Others are quoting me, and I even find it spreading as far as the Central Bank of Nigeria, but I have yet to find any reports on the meeting taking place in London, when my sources are direct.”

Armstrong first brought attention to the alleged meeting earlier this month when he revealed that representatives from the Federal Reserve, the ECB as well as participants from the Swiss and Danish central banks would all be attending a “major conference in London” at which Kenneth Rogoff of Harvard University, and Willem Buiter, the Chief Economist at Citigroup, would give presentations.

“We better keep one eye open at night for this birth of a cashless society that is coming in much faster than expected. Why the secret meeting? Something does not smell right here,” concludes Armstrong.

Discussions and moves towards banning cash have repeatedly cropped up in recent weeks.

Striking a similar tone, former Bank of England economist Jim Leaviss penned an article for the London Telegraph earlier this month in which he said a cashless society would only be achieved by “forcing everyone to spend only by electronic means from an account held at a government-run bank,” which would be, “monitored, or even directly controlled by the government.”

Big banks in both the United Kingdom and the U.S. are already treating the withdrawal or depositing of moderately large amounts of cash as a suspicious activity. Reports emerged in March of how the Justice Department is ordering bank employees to consider calling the cops on customers who withdraw $5,000 dollars or more.

Meanwhile in France, new measures are set to come into force in September which will restrict French citizens from making cash payments over €1,000 euros. Armstrong suggests that “financial police” could enforce this new law by, “searching people on trains just passing through France to see if they are transporting cash, which they will now seize.”

As Armstrong notes, banning cash in order to eviscerate what little economic freedoms people have left to avoid disastrous Keynesian central bank policy is nothing short of economic totalitarianism.

“In the mind of an economic tyrant, banning cash represents the holy grail,” writes Michael Krieger. “Forcing the plebs onto a system of digital fiat currency transactions offers total control via a seamless tracking of all transactions in the economy, and the ability to block payments if an uppity citizen dares get out of line.”