Sweden a Trendsetter for Global Tyranny - As Sweden Goes, So Goes the World: The Beginning of the End of Cash

Mar 20, 2012 Source: theatlantic.com
Ed comment. For some background on the tyranical Scandinavian prison system that is being tested here, intended for implementation around the world, please listen to our commentary: The Nordic Model, a Template for Global Enslavement. This is a huge problem. See the related links for more. 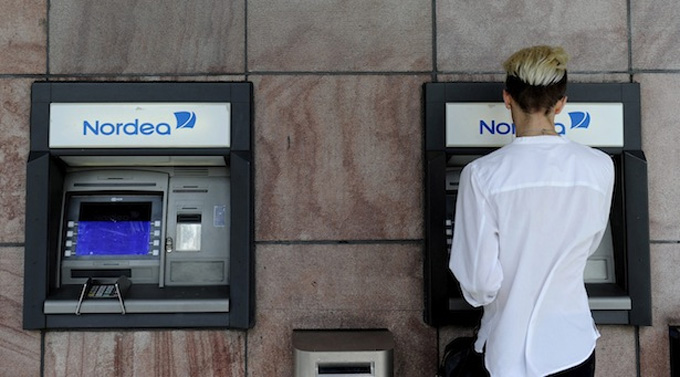 Sweden could be pointing the way to a (nearly) cash-free economy.

There are many, many things to dislike about analog money. Cash and coins are unwieldy. They’re heavy. They’re dirty. They leave no automatic record of the financial transactions that are made with them.

Here in the U.S., despite Square and PayPal and other services that would seem to herald the end of cash, bills and coins still represent 7 percent of our total economy. In Sweden, however -- which ranked first in this year’s Global Information Technology Report from the World Economic Forum -- cash is scarcer. And it’s becoming, the AP reports, scarcer still. While Sweden was the first European country to introduce bank notes in 1661, it’s now come farther than any other country in the attempt to eradicate them. In most Swedish cities, the AP notes,

public buses don’t accept cash; tickets are prepaid or purchased with a cell phone text message. A small but growing number of businesses only take cards, and some bank offices -- which make money on electronic transactions -- have stopped handling cash altogether.

Even houses of worship are becoming increasingly friendly to cash-free transactions: At the Carl Gustaf Church in Karlshamn, southern Sweden, Vicar Johan Tyrberg recently installed a card reader to allow worshipers to tithe in digital form.

This isn’t, right now, the end of cash -- in Sweden or anywhere else. As Lars Nyberg, the deputy governor of Sweden’s central bank, put it last year: Cash will survive "like the crocodile, even though it may be forced to see its habitat gradually cut back." But it may be the beginning of the end. Sweden’s innovations suggest a future in which cash is increasingly rare.

A cash-reduced culture gives rise to new concerns -- of cybersecurity and, of course, about privacy. Oscar Swartz, the founder of Banhof, Sweden’s first Internet provider, puts it like so: "One should be able to send money and donate money to different organizations without being traced every time."

But a cashless world could also lead to some significant social improvements. Swedish crime statistics, fascinatingly, seem to suggest a correlation between cash and crime. The number of bank robberies in Sweden has dropped from 110 in 2008 to 16 in 2011 -- "the lowest level," reporter Malin Rising notes, "since it started keeping records 30 years ago." The Swedish Bankers’ Association also says that robberies of security transports are down.

The benefits seem to cut more broadly, as well. Sweden has less of a problem with graft, the AP says, than countries with a stronger cash culture. "If people use more cards, they are less involved in shadow economy activities," economics professor Friedrich Schneider argued. And others note that a cash-reduced culture will disincentivize pickpocketers and muggers: When a card can simply be cancelled, what’s the point?