The Headdress Thing - Festival Culture, Native Culture, and the Death of Culture 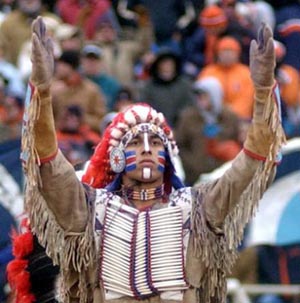 On many occasions I allow myself the perverse indulgence of participating in public conversations on Facebook. The signal to noise ratio is vast, but it can be managed. Careful attention and a generous sifting of one’s feed can reveal honest, coherent debates like golden nuggets hidden among the shouting and posturing sands.

One topic that enjoys frequent and fervent percolations is the debate surrounding accusations of insensitivity and cultural appropriation among today’s Transformational Festival attendance, particularly in the case of non-natives wearing replicas of feathered headdresses known to be styled after specific arrangements used in the sacred war bonnets of the various Plains Nations that once roamed what is now the central region of the United States.

My particular interest is a January 2012 blog post by âpihtawikosisân, which she abbreviated into a tumblr post that has only just recently floated down my particular tributary of Facebook friends. Almost immediately, two separate links to the tumblr post have prompted approximately a hundred comments each, ranging from shrill to defensive to sarcastic to emotional to everywhere in between. More than other issues, this particular nut has proven difficult for us to collectively crack, and the stalemate holds.

Amusingly, an overwhelming portion of the Facebook debates surrounding the article is covered in the article’s third paragraph when âpihtawikosisân links to and urges her readers to check themselves against this BINGO card of well-tread talking points before continuing to read. I pause and worry that this amusement is symptomatic of my misplaced faith in the commenters having actually read the article.

Nevertheless, the steadfast arguments that I found myself drawn towards could likely be summarized as "I consider the wearing of any Native garments to be a sign of respect and admiration for the culture" and/or "Natives cannot claim exclusive rights to self-adornment using rows of eagle feathers attached to a beaded headband. This is a purely aesthetic choice that can be guiltlessly claimed by anyone existing outside of these cultures."

I have little interest at the moment in approaching the categories of conversation labelled "privilege" and "racism". It seems as if these words, when used in this or any debate really, seem to reliably produce a catastrophic spike in blood pressure amongst all participants. I feel much more comfortable approaching this particular jungle from the roots up.

The culture of the United States has historically been one of a melting pot, and indeed all cultures absorbed by America are literally melting. Cultural preservation, cultural sensitivity and cultural appropriation are all brand new concepts. We have been unconsciously pushing long-standing cultures into extinction for two hundred years, and only now have we realized what we are doing. Only now is it being proposed that something intangible yet vital is being irrevocably lost.

The trajectory of art and culture has brought us to a point at which "all that is solid melts into air". There is a pervasive mentality in both contemporary art and popular culture that all symbols of all cultures have become "fair game" in a sense. A crucifix in a jar of urine ends up in a high-profile gallery. Sacred art is fodder for pop art. Interpretation and association have been diluted away until the pure, uncharged image remains. The subversion and dispiriting of the meaning-loaded symbol has become a visual language unto itself.

However we try, we cannot deny the role of history in defining and shaping our contemporary relationships to meaning-loaded symbols. If you believe it’s possible to prevent the sight of a white person wearing a sacred Native headdress as a fashion accessory from being seen as a callous visual reminder of centuries of genocide and exploitation, then it ought to be just as easy to believe it possible for Americans to "roll back" the swastika to being seen only as a symbol of good luck. The flow of history takes up aesthetic arrangements, elevates them to symbols, and then grinds those symbols through successive, highly disconnected generations of interpretation, like a drunken game of telephone. No culture is spared from the handling by so many hands and the trampling by so many feet.

Our relationship to this process, and to art and culture in general, is at a crucial turning point. Many of us have reached the apex of our alienated sense of irony. We have become disenthralled with our own disenthralling of meaning, finally committing the ultimate post-modern ironic gesture. Many of us have begun to circle back to a new kind of sincerity. We are re-examining our motives when it comes to the treatment of the meaning-loaded symbol. Do we really want it all to melt into air? Is nothing sacred, really?

Read the full article at: realitysandwich.com 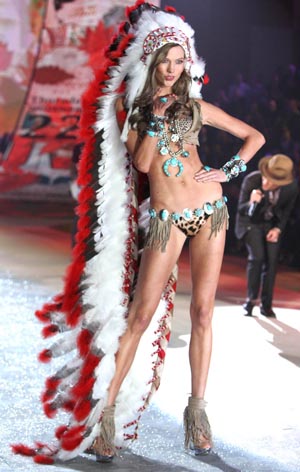