The Killing of British Aid Worker By US Military 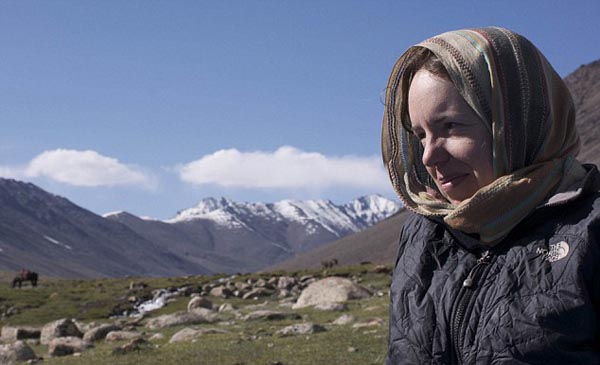 The details coming to light about the life and tragic death of the British aid worker, Linda Norgrove, are revealing a scenario of military bungling and confusion.

But was it mere operational bungling? Or was it more obfuscation than confusion?

"In September 2010, Linda Norgrove, a Scottish aid worker, together with three Afghan colleagues were taken hostage in the Kunar Province in eastern Afghanistan while travelling in a convoy of two unarmored cars. Norgrove was held by members of the Taliban and was killed during an American military rescue attempt on 8 October 2010." 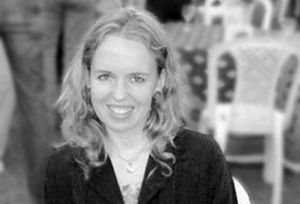 Unfortunately, the capture and killing of foreign workers in Afghanistan is not a new development.
"British officials were determined to ensure that Miss Norgrove [left] did not meet the fate of Karen Woo, the British doctor shot dead by Taliban insurgents in August, or that of Shaun Sexton, 29, a British security consultant who worked with Miss Norgrove and was murdered in July."

At the beginning, U.S. pilotless drones provided intelligence that suggested Norgrove had been seized on her way to opening a new water project. She had been taken with three other Afghan collegues, all of whom were released.

An unnamed ’senior security source’ said "The last thing we wanted was for her to be passed into the hands of Al Qaeda. It was agreed that if there was an opportunity to mount a special forces mission we should do so."
British Prime Minister David Cameron said later he personally felt there was a high risk that she would be killed and an operation would be the best chance to save her life.

"So, with a media blackout in force, the idea was to attack the hideout at night before the insurgents rose for dawn prayers.

Dressed in black, wearing night-vision goggles and carrying automatic weapons and grenades, a small band of Navy Seals – the U.S. equivalent of the SAS – were informed that over their earpieces that the situation was a ‘go." 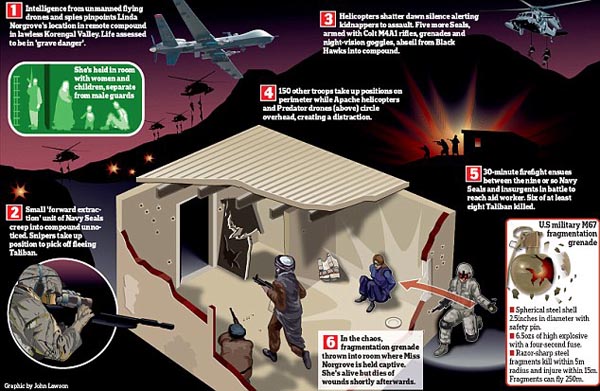 "With the forward team in place, the clatter of helicopters shattered the silence and five more Navy Seals abseiled down ropes into the compound.

The Seals then sprinted to the building where Miss Norgrove was being held, as 150 other U.S. troops surrounded the compound.
Overhead, Predator drones and Apache attack helicopters hovered, ready to provide air support. But the Taliban were not prepared to give up their prize lightly.

Using Colt M4A1 automatic rifles and grenades, five Navy Seals were engaged in a vicious fire-fight as they attempted to get to the hostage. She was being guarded by at least eight terrorists.

Despite the fierce Taliban resistance, the Seals managed to fight their way towards the Miss Norgrove’s building. And then, with six Taliban gunmen already dead, one of the Seals threw a grenade through the door.

When the Seals entered the room, they found Linda Norgrove. She was still alive, but had terrible injuries caused by the grenade blast.

To cries of ‘medic! medic!’, doctors rushed to the scene. But it was too late. She succumbed to her injuries as she was being airlifted to hospital – the third British civilian to die in Afghanistan in the last three months.

Yet, inexplicably, the U.S. and Nato both claimed that she had died at the hands of a suicide bomber, who had apparently detonated his vest as he stood beside her when the Seals were closing in.

The official statement released on Saturday by Nato, was unequivocal about the cause of death: the blast that killed Miss Norgrove occurred ‘seconds before rescuers arrived. [U.S. special forces] had entered the compound … [but] an insurgent detonated an explosive device that was attached to his person. He was in close enough proximity to Miss Norgrove. She was wounded.’

"The report that Miss Norgrove had been ‘killed by an insurgent’ who had detonated his suicide vest as the Seals closed in, was officially announced within hours of the operation taken place. The same information was relayed to Miss Norgrove’s parents – John, 60, a retired civil engineer, and her 62-year-old mother, Lorna."

This version of the "rescue" would soon emerge as inaccurate.

It was no Afghan suicide bomber who had killed Norgrove, but a grenade thrown into the room where she had been held, reportedly with other women and children - separate from the male guards.
Incredibly, sources suggest that she was the only casualty of the U.S. Military M67 fragmentation grenade.

"For three days, the special forces failed to reveal the fact that one of them had apparently thrown a grenade that exploded close to where she was being held, bursting into razor-sharp steel shrapnel.
It was only yesterday morning when their commanding officer reviewed audio and video footage from their helmet cameras that he ‘saw an arm throw a hand grenade’ and confronted his troops."

Odd revelations came to light as more information was released about the incident.

"Ministers were last night facing questions over why the SAS [British Special Air Service] were not called in to rescue Linda Norgrove. Instead of crack British soldiers carrying out the mission, it was handed to the U.S. military, which has been accused of ‘gung-ho’ tactics.

The revelation that Miss Norgrove probably died following an American grenade explosion inevitably raised questions over whether she might have been rescued alive if British special forces had been directly involved.
British SAS commanders had been consulted by the U.S. before the raid. But the Americans took control because they have been operating in Kunar. ‘They knew the ground like the back of their hands,’ said one source. Yet doubts remain over their suitability for such a sensitive mission involving a British citizen. Indeed, members of the SAS apparently had deep reservations about the rescue plan, especially the use of helicopters.

Their fears were echoed by Tory MP Bob Stewart, a former commander of United Nations forces in Bosnia. He told MPs: ‘Sometimes helicopters are heard from a long way away, so there is warning. One of the first principles of war is surprise."

Even stranger was the disclosure that, "according to British sources, the U.S. made clear it was ‘their’ operation, insisting that they knew the terrain better than the British." Yet members of the SAS who were on standby for the operation reportedly had deep reservations about the tactics planned by the Navy Seals.

Interestingly, Wikipedia reveals that "Mohammed Osman and other Taliban leaders, were reported by the Afghan Islamic Press as having attempted to use Norgrove to press for the release of Aafia Siddiqui."

Aafia Siddiqui’s name has been floated around the mainstream media, but not many people know much about her because the events surrounding her multiple detainments and releases weave a confusing pattern. 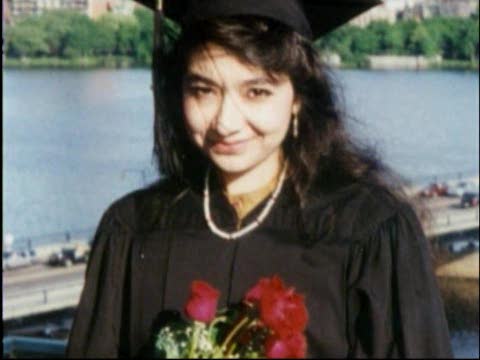 Aafia Siddiqui, for whom Taliban leaders attempted to swap Norgrove.

A petite, Pakistani woman, mother of 3, and a Neuroscientist educated in the United States, Saddiqui, 37, was found guilty in a U.S. federal court of "assault with the intent to murder" her U.S. interrogators in Afghanistan.

"Once in the interrogation room on July 18, the day after her arrest, she allegedly grabbed the M4 rifle and started shooting US agents," the trial jury heard. No U.S. agents or soldiers were hit, but Siddiqui was shot and wounded in response, according to U.S. prosecutors’ version of events.

Her lawyer, Dawn M. Cardi, said, that the attack was not premeditated, and that Siddiqui was trying to escape from custody because she was petrified and frightened about being tortured, about being sent to Guantánamo. "
Source

An incensed Pakistan said it would petition US to repatriate Saddiqui, who was sentenced to 86 years in jail for her alleged crimes.

What is strange about the Siddiqui case is the idea of an ’unattended rifle’ in an interrogation room in Bagram Air Force Base - which she allegedly grabbed and attempted to escape with, firing upon, but not hitting, the interrogators.

Also disquieting is the whereabouts and fate of her three children:

"Many of Siddiqui’s supporters, including international human rights organizations, have claimed that Siddiqui was not an extremist and that she and her young children were illegally detained, interrogated and tortured by Pakistani intelligence or U.S. authorities or both during her five-year disappearance. The U.S. and Pakistan governments have denied all such claims."
Source

That British aid worker Linda Norgrove was to be used as a trade for Aafia Saddiqui is a compelling aspect to this case. Now that Norgrove is dead, that potential trade is no longer possible, and anything that Aafia Saddiqui might have to reveal will not be examined. The political dynamic that might have been created had Pakistani won Saddiqui back has not come to pass.

It can be speculated that if her captors, Mohammed Osman and other Taliban leaders, were attempting to use Norgrove in a prisoner swap, then assumedly her value to them was high and thus the risk to her life might be less than PM David Cameron and other military sources had assessed.

Why was the U.S. miltary so interested in doing this mission themselves, and how did the operation come to create such a situation where it seemed very likely Norgrove could be killed either by the captors or the rescuers?

This speculation is shared by Phil Boehmke of TheAmericanThinker.com:

"The UK Guardian reported that Siddiqui supporter Yvonne Ridley said that her friends and fellow Pakistanis would ratchet up pressure through protests and acts of civil disobedience. Ridley said ‘It will involve blocking NATO supply lines into Afghanistan.’

By September 30th the NATO supply lines between Pakistan and Afghanistan were closed, although the official justification for the border closure was in retaliation for a NATO helicopter incursion. During the ensuing 11 days some 100 fuel tankers were bombed and set ablaze. Now only one day after the tragic killing of Linda Norgrove Dawn.com reports that.

About 120 containers and 25 oil tankers queued up at the border in the morning, following an announcement made by the government that the border would be reopened for vehicles carrying Nato supplies.

Customs officials made special arrangements for clearing the vehicles on Sunday.

Truckers has some anxious moments when the local administration refused to issue gate passes, saying it had not received written orders about the reopening of the border. It was only at about 1pm that the first trailer crossed into Afghanistan.

Of course it is possible that Siddiqui’s sentencing, the kidnapping of Miss Norgrove and her subsequent death, the closing of the border, the attacks on tankers and the sudden reopening of the border may all be purely coincidental and unrelated. There remain a lot of unanswered questions, but this much we know for sure; Linda Norgrove has been killed, the NATO supply lines into Afghanistan have reopened, Aafi Sodium remains behind bars and Barack Obama had time this weekend for yet another round of golf."
AmericanThinker.com

"David Petraeus, passed along his condolences and commented: "Afghan and coalition security forces did everything in their power to rescue Linda... Linda was a courageous person with a passion to improve the lives of Afghan people, and sadly lost her life in their service. Our thoughts and prayers are with her family during this difficult time."

DAI’s president, James Boomgard, said:
This is devastating news. We are saddened beyond words by the death of a wonderful woman whose sole purpose in Afghanistan was to do good–to help the Afghan people achieve a measure of prosperity and stability in their everyday lives as they set about rebuilding their country.

The United Nations Humanitarian Coordinator, Robert Watkins, praised Norgrove saying "She was a true advocate for the people of Afghanistan and was dedicated to bringing improvements to their lives". He also added, "Her spirit and compassion will be greatly missed"."