The Knights of St. John (Video) 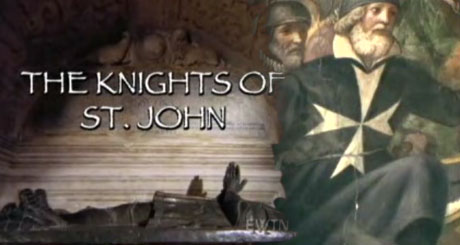 The (Official) history of the Knights of St. John, by Ray H. Marr's Shade Tree Studios

The Knights Hospitaller (also known as the Order of St. John, Sovereign Order of Saint John of Jerusalem of Rhodes and of Malta, Knights of Malta, Knights of Rhodes, and Chevaliers of Malta) is a Christian organization that began as an Amalfitan hospital founded in Jerusalem in 1080 to provide care for poor and sick pilgrims to the Holy Land. After the Christian conquest of Jerusalem in 1099 during the First Crusade it became a religious/military order under its own charter, and was charged with the care and defense of the Holy Land. Following the loss of the Holy Land by Christian forces, the Order operated from Rhodes, over which it was sovereign, and later from Malta where it administered a vassal state under the Spanish viceroy of Sicily. From: wikipedia