In what sounds like the lunatic designs of a team of mad scientists, physicists are reportedly proposing a plan to wipe out the Van Allen radiation belts.

Nevermind that we’ve really only just begun to explore and understand the Van Allen belts - those pesky bands of radiation around our planet allegedly serve ’no purpose’, and are choking up Earth’s orbit with radiation that harms people or satellite equipment that travel through them. So, the physicists’ strategy is to use giant radio transmitters on the ground to beam very low frequency (VLF) waves into the belts to break them up and clear away those tenacious protons and electrons.

Hm, where have we heard of such tech before?

[Jerry E. Smith - HAARP: The Ultimate Weapon of the Conspiracy]

[Gary Vey - The Never Ending, HAARP, Yemen & The Ark of the Covenant]

Even if this wasn’t as dubious an idea as blowing up the moon, setting off nukes in our own atmosphere, or lighting up our ionosphere with HAARP (High Frequency Active Auroral Research Program) arrays ... no wait, it IS as dubious an idea.

Yet even if we DO clear out the Van Allen belts with our giant energy beams, there’s other dangers out there thanks to very un-clever early space experiments. From Nukes in Space to Deal with Dangerous Asteroids?:

In addition to the natural radiation dangers which will confront the space traveler, we must also consider manmade perils which may exist during time of war. In particular, the use of nuclear weapons may pose a serious problem to manned military space operations. The singular emergence of man as the most vulnerable component of a space-weapon system becomes dramatically apparent when nuclear weapon effects in space are contrasted with the effects which occur within the Earth’s atmosphere.

[...]On August 1 and 12, 1958, nuclear warheads were detonated in missiles over Johnston Island in the Pacific. These detonations were accompanied by impressive visual displays seen over wide areas, leading observers to the opinion that the detonations took place at very high altitudes.4-7 These displays were even seen on Samoa, some 2,000 miles from Johnston Island.

The visual displays were accompanied by disruptive effects on radio communications. Specifically, most commercial communication systems operating on the high-frequency (about 5 to 25 megacycles) bands in the Pacific noted substantial disturbances. Most links within a few hundred miles of Johnston Island experienced "outages" for as long as several hours, at various times over a period of about a day. In general, the effects on high-frequency communication links appear to have been quite similar to the effects produced by giant solar flares.

[...]These man-made radiation belts eventually crippled one-third of all satellites in low earth orbit. Seven satellites failed over the months following the test as radiation damaged their solar arrays or electronics, including the first commercial relay communication satellite, Telstar.

Will the destruction of one of our planet’s features such as the Van Allen radiation belts cause unforeseen and catastrophic consequences? According to the global scientific community, "the easy answer is: probably not. " 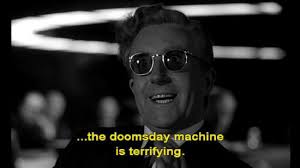 More on causing mayhem in space from Geek.com ...

It was just last year that physicists thought they found the origin of Earth’s Van Allen radiation belts — and now a prominent group of them want those belts dead! It’s understandable, given the frustration these areas of space can cause to modern astrophysicists; if you want to launch a satellite or telescope, let alone a human being, the Van Allen belts will be a painful thorn in your side. So, says a growing group of astrophysicists, why not wipe them out altogether? It might seem odd to hear scientists propose destroying a feature of the natural world, but there is a decent scientific argument to be made that these belts provide us nothing useful, and that we could lose them without a single negative effect.

The Van Allen belts are huge, dual-lobed areas of space around the Earth which are filled with high-velocity charged particles — electrons and protons whipping around the planet at near-relativistic speeds. For years it was thought that we had two distinct belts — but just recently that was updated to three. The belts, we now know, are caused by Earth’s own magnetic field, which acts like a huge particle accelerator to ramp these ions up to dangerous speeds. Apollo astronauts were guinea-pigs in figuring out the human effects of traveling through the Van Allen belts — but we now know they’re mostly dangerous to electrical equipment. The belts pulse and morph with the changing of the seasons, and a manned mission can usually get through with only a minimal increase in radiation exposure.

Many satellites and other orbiting equipment have to shut off periodically, though, to avoid damage in the belts. That’s a problem when launching equipment is often the single most expensive element of a mission; science will not abide a field that mucks with its experiments, nor even one that makes them ship expensive shielding into space. If there would really be no downside to destroying the belts, then why not just do it, if we can? Notice that there are two “ifs” in that statement. The second is the easier of the two: Can we clear the belts?

A new proposition from scientists around the globe claims that very low frequency radio waves could be used to disburse Van Allen protons in the lower atmosphere, clearing several helpful new orbital distances for use by satellites and other equipment. Radio waves have problems getting through the highly charged ionosphere, which sits between us and the Van Allen regions, but scientists are hopeful that powerful emitters could mitigate this problem. Satellite-based VLF radio emitters have also been proposed, but such devices would take too much energy for an orbital platform.

One older idea for disbursing the belts was called HiVOLT, or High Voltage Orbiting Long Tether. This would be a system of five cables, each about 100 kilometers long, used to create a magnetic field that deflects the orbit of these particles. This could hypothetically change the orbital period of the particles so they either crash into the atmosphere or careen off into space — possibly thus disbursing the belts in as little as two months.

Read the full article at: geek.com