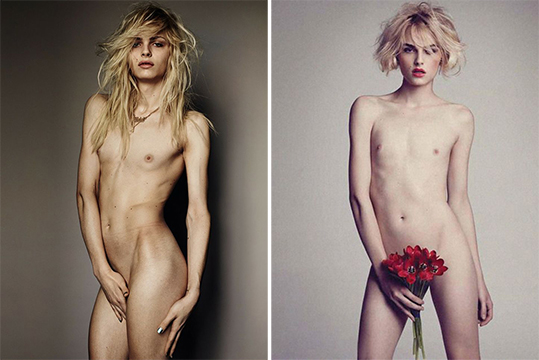 Above model Andrej Pejić, first male to model bra; is an Australian androgynous model of Bosnian Croat and Bosnian Serb ethnicity. Pejić has described "herself" as living "in between genders" and has stated a preference for female pronouns. More here.

The left-leaning publication Slate published an article Thursday that offers unsettling insight to the primary goal of some militant LGBT activists: Defining every child as genderless from birth.

In “Don’t Let The Doctor Do This to Your Newborn”, Canadian transgender activist Christin Milloy describes “infant gender assignment”— which means defining a baby as a boy or a girl based on basic biology— as some insidious practice that “might just be Russian roulette with your baby’s life.”
Milloy writes: